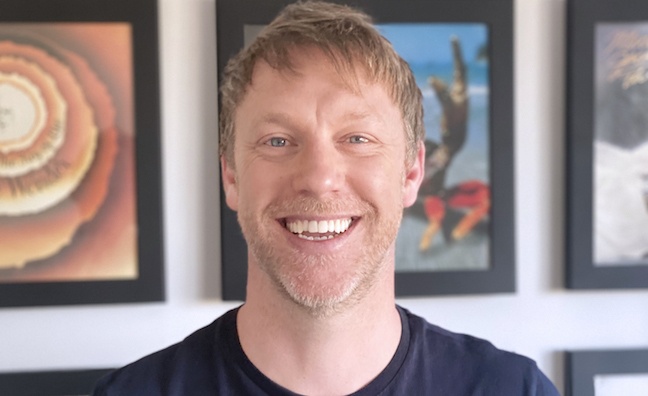 The founder of music gaming app Gotickety says the market presents a world of untapped potential for the music business.

Gotickety, which has plans to expand into sports, film and TV and brands, offers music fans the chance to win tickets, merch, video/personalised messages and other prizes by playing tailor-made artist games. The brainchild of CEO Neil Gallagher (pictured), users play personalised artist games to win, and the highest score wins the prize.

"The idea came about because I kept going to concerts and there were constant empty seats around where I sat and I got really frustrated because they were supposedly sold out events," Gallagher told Music Week. "I know that there are fans vying to get tickets and I just thought there had to be a way of giving them to fans."

Earlier this year, the app ran a digital campaign with Example to give away merchandise, meet & greets and tickets to his UK tour, and Gallagher said usage has increased dramatically since lockdown.

"Our in-app usage per user on iOS has gone up from 19-20 minutes previously to just over 32 minutes and Android usage has just gone up from 32 minutes to 38 minutes," said Gallagher. "Obviously people are at home and bored and  this is a novel way of giving them light relief.

"This space is ripe for artists to move into – you look at the Marshmello gig in Fortnite where he did a live gig to almost 10m people. I don't think people truly understand how much time is spent playing games every day. It accounts for  about 10% of mobile daily usage, which is about 22/23 minutes per person a day. Artists are looking for new revenue streams and it's been a puzzle for me why this space hasn't been pushed into more."

He added: "Gotickety is a free to download game with zero in-app purchases. Our business model will be to have brands come on board and create their own personalised branded game. The advertising revenue that will be generated from that branded game and the adverts that we place through the artist channels will then be split on a 50/50 basis with the artist."

Gallagher said Gotickety was currently finalising deals with the three majors to allow users to stream the artists music in-app via a premium DSP account.

"Users have the ability to login to Apple Music via Gotickety," he explained. "People generally either play games or stream music, they don't do the two together, so there is great potential for new revenue just in terms of streaming numbers. If you look at the stats of 32 minutes and 38 minutes, that's a lot of potential streaming they're currently not getting while someone is playing a game."