Is a rethink required on streaming services and their impact on the charts? 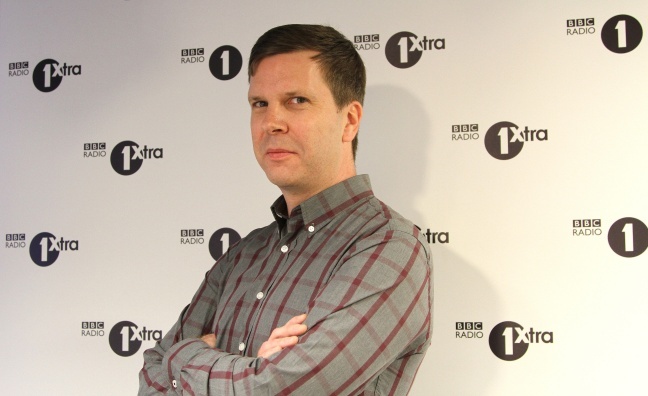 As download sales continue to dwindle, BBC Radio 1/1Xtra head of music Chris Price has called for a chart rethink on streams.

Streaming ‘sales’ accounted for 81% of the singles market in Q2, meaning songs that are a hit on streaming services such as Spotify and Apple Music inevitably see similar success on the Official Singles Chart. But, at the same time, there is divergence between radio airplay – long seen as the key ingredient for a hit single – and chart success.

“Streaming is the dominant form of consumption, but not the dominant mode of discovery,” Price told Music Week. “Radio impacts for the combined Top 10 singles last week were approximately 15 times the number of streams.

“The current slowness of the chart, caused at least in part by the inclusion of both editorial and elective streams, is making it harder for new songs and artists to break through.”

At the chart’s upper echelons, streaming’s influence was even more evident, despite streaming usually accounting for a smaller percentage of ‘sales’ for the biggest hits than for the overall chart.

“The issue isn’t that streaming playlists are more influential than radio playlists,” stressed Price, whose station unveils the Singles Chart every Friday.

“It’s that their influence is magnified by direct inclusion in the chart. Since the chart itself has such a massive effect on consumption, streaming editorial is being counted once when users discover music via playlists, and then many times more as later-adopting listeners discover them in the chart.

“I believe editorial should be excluded from the chart regardless of platform,” he added. “Possibly all free streams should be excluded, as they are much closer in nature to radio than retail. The chart should reflect lean-forward consumption.”

For an extended version of this feature with official streaming sales figures, click here.