'It's going to be a blast': Laura Whitmore joins Gordon Smart to host This Feeling TV 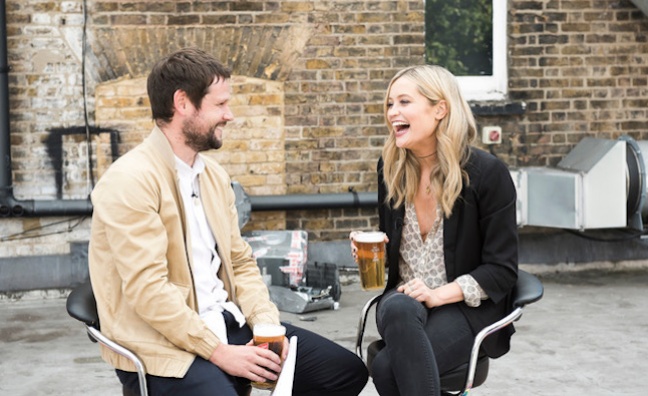 The online spin-off of the influential, nation-wide club night presents a mix of interviews and live performances and has hosted the likes of Carl Barat, Slaves, Tom Grennan, The Vaccines, Bang Bang Romeo and Gerry Cinnamon since launching in April 2017.

Whitmore will make her debut in the next edition of This Feeling TV which will be filmed at its London home, the venue Nambucca, on April 24.

“Music is a huge part of my life; from going to see live bands and heading to festivals, to watching unknown talents grow into household names – it’s the best thing about working in this industry!" she said of her new role.

Music is a huge part of my life

"The opportunity to work alongside Gordon, as well as helping to promote new, exciting bands on show was far too much of an exciting prospect to turn down, it’s going to be a blast!”

Smart, who also hosts a show on Radio X, praised his new colleague declaring: "She has her finger on the pulse with new bands on the cusp of great things, fantastic relationships with established acts and will no doubt open up the show to a much wider audience.”

Episodes of This Feeling TV have been viewed over 1.5 million times since the online programme made its debut, while the organisation contunues to run regular club nights – 300 of which will now also be sponsored by Red Stripe – at around 40 venues across Britain.