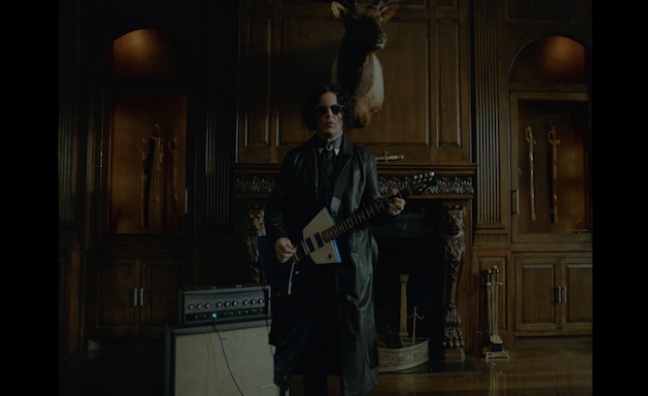 Jack White has premiered his new video for the single Corporation at Tidal.

Released by his own Third Man label in partnership with XL Recordings, Corporation is taken from solo album Boarding House Reach.

Directed by Jodeb (Imagine Dragons), the promo can be viewed exclusively via the streaming platform. Tidal will be aiming to secure a significant proportion of the White Stripes’ frontman’s global audience to a 90-day free trial.

White has spent much of his career as a digital refusenik, though he opened up to new technology for the making of this album. He recently partnered with Tidal for a series of global listening events.

Third Man has focused on vinyl releases, including the Vault Packages series, of which the latest is Jack White Live In Nashville/Live In Detroit. In the US, Boarding House Reach was the biggest-selling vinyl release for the year to date