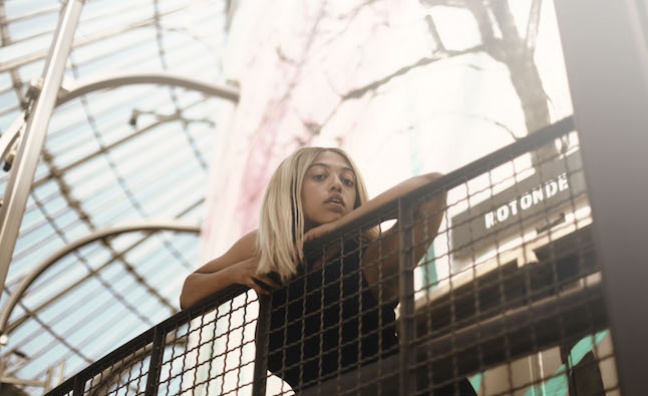 YouTube Music is getting in early with its tips list for 2019. Ones To Watch is the inaugural artist spotlight from the subscription platform, which launched in the UK in the summer and is getting a big marketing push.

Atlantic Records artist Mahalia, who is currently on a European tour promoting her Seasons EP, has topped YouTube Music’s first Ones To Watch. Mahalia has more than 100,000 subscribers to her YouTube channel and has just debuted a new track, One Night Only, featuring fellow Ones To Watch pick for 2019, Kojey Radical.

The line-up of talent has been compiled by YouTube Music based on a variety of factors, including YouTube views, engagement from global music fans and YouTube Music analytics. Ones To Watch is also notable for not featuring any groups - 10 solo artists make up the list for 2019.

Azi Eftekhari, head of music partnerships at YouTube, UK said: “This is a year of UK artists doing their own thing. With the freedom musicians now have to express themselves not just sonically, but visually, it’s perhaps unsurprising that this list only features solo artists, many of whom are genuinely pushing artistic and visual boundaries. For example, Kojey, Octavian and Slowthai are arguably redefining UK rap as a genre, and acts like Mahalia, L Devine and Grace Carter - while they undeniably have huge commercial appeal - don’t conform to the conventional expectations of a pop act. One thing is certain - YouTube continues to be an unmatched launch pad for emerging artists, and 2019 is set to be a huge year for homegrown UK talent."

YouTube continues to be an unmatched launch pad for emerging artists

Mahalia said: “What an honour. To be at the top of YouTube Music’s One to Watch list for 2019 is such a special moment for me. There are so many wonderful, talented artists on this list - many who I keep super close to my heart. As a late ‘90s baby, I grew up watching YouTube - constantly finding videos of artists who inspired me. I basically learnt how to play so much of what I know on the guitar from watching people on YouTube. The platform has helped me grow and build a real, personal fan base in the UK and around the world while never compromising my creativity. This recognition means so much to me, my close ones and my team. I can’t wait to share my debut album in 2019."

Grace Carter added: “Being picked by YouTube Music as one of their ones to watch is an honour, YouTube has allowed me to build a community of people all around the world who relate to me and my music in places I would’ve never imagined.”

Within the YouTube Music app, users will be able to access a playlist featuring the Top 10 artists (plus the longlist), as well as an in-app spotlight featuring additional playlist and video content.

The main YouTube platform already operates its Artist On The Rise programme.

Helen Marquis, YouTube’s global head of music programming, was among the winners at the Music Week Women In Music Awards.