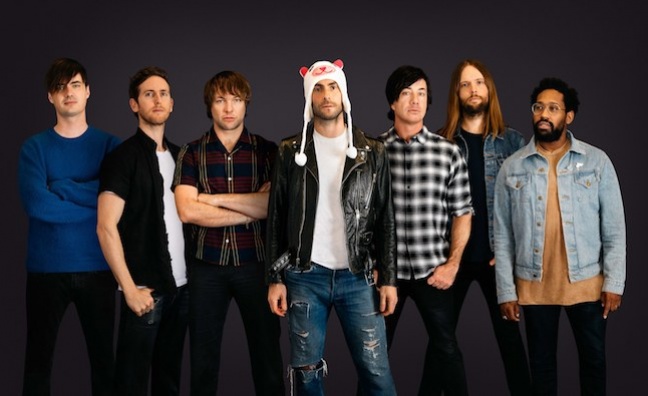 Vevo has announced that Maroon 5 was the most watched artist across its channels in 2018.

With 260 billion video views so far this year, an average of 24 billion views per month, the video service reveaked that Girls Like You by the band was its most watched video across the globe in 2018 with 1.3 billion views.

Vevo's global top 10 artists of 2018 for releases of this year only are as follows:

Again, Maroon 5's video was the most watched, followed by Drake's God’s Plan and George Ezra's Shotgun –  the latter was viewed 47 million times so far this year.

"As our charts confirm, 2018 has been an amazing year for music videos. Vevo is proud to have been home to a wealth of truly creative visual work, with major releases providing some of the most talked-about moments in 2018 entertainment," said Vevo's head of content, programming and marketing JP Evangelista of this year's stats.

"More than ever, music videos provide an integral visual element for artists’ campaigns, with over two billion hours of content being watched. Congratulations to Maroon 5 for taking the crown as the most-viewed artist globally – an astounding feat. Equally monumental was watching Ariana Grande's Thank U, Next take the title for our most-viewed video in 24 hours."

George Ezra is Music Week's Artist Of 2018, get our bumper double issue for an exclusive cover story interview, plus we go behind the campaign for Ariana Grande's Thank U with an exclusive interview. Get your copy now.