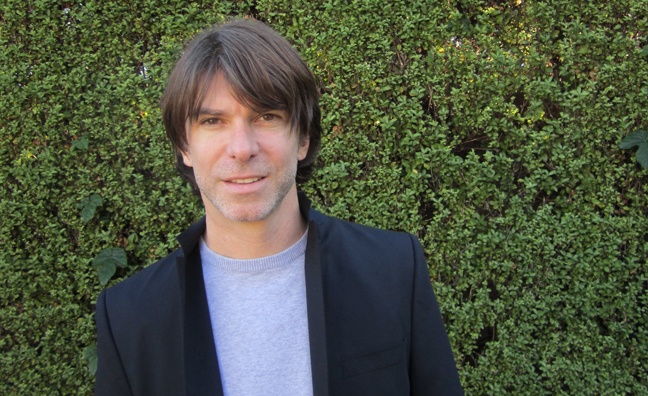 Amazon Music’s head of programming and content, Alex Luke, has spoken at the Music Week Tech Summit Together With O2 about the power of Alexa for the music industry.

Luke jetted in from Amazon’s Seattle HQ specially for the session at at the inaugural Tech Summit, staged at the O2 today (September 26).

Appearing with rising artist Joseph J Jones at the session on The Power Of Voice In Music Streaming, Luke spoke from a global perspective on the digital business as Amazon Music expands its portfolio of playlists.

Luke announced the launch of new global playlist UK Rising, which features Jones' cover of Lorde's Liability. Amazon Music in the UK featured his track Tears And Tequila on the Weekly One slot and then tipped off the global team to his potential. Jones' version of Liability has since reached tens of millions of listeners via Amazon Music.

"I've never known a world without streaming," he said. "This is really where the artists lie [today]."

"You do see an impact and you do see the numbers rise," said Jones. "It's not always on socials, you will see it more at gigs."

With the launch of Weekly One, Amazon Music has been ramping up its activity on new artists to enable them to be accessed via voice control.

Luke said: "It's one of the things we've realised as we've been forging this path into voice - discovery is a challenge for unknown artists."

He added that developments on speaker ID that enable Alexa to recognise a person's voice will improve personalisation.

"The more you interact with Echo and Alexa, she will get better," said Luke.

Amazon Music's global playlists are set to introduce UK artists to the wider world - potentially an opportunity for grime stars in the US.

"Playlists are going to allow for cross pollination," said Luke. "Building those as destinations is foundational to where the business is."

In the long-term, Luke said the rise of voice activation could reduce the reliance on playlists in favour of stations on streaming, making it more like radio.

"I do think voice is going to pull customers away from playlists," he said.

Jones admitted asking Alexa to play his own music on an Echo device. He was also enthusiastic about the global opportunities from streaming and playlists. His debut album is released on October 5 via Communion.

"It's like punk again," said Jones. "Weirdly, something that is so mechanical is like punk, you can do it on your own. You touch in with people you never thought you'd connect with - it's amazing how many people a playlist can connect with."

Jones suggest that the "game's changed" for the album format, as artist such as Kanye West drop seven-track albums such as Ye.

"It's empowering to have that power as an artist," he said. "Everything is so fast paced now."