Overnight news from around the world: Tuesday, October 25 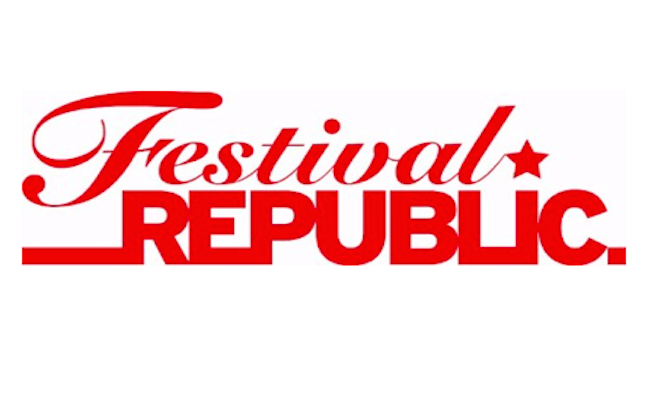 Festival Republic has announced Lucy Wood as Latitude Festival’s new music talent buyer, replacing Natasha Haddad who is stepping down from a full-time role with the company to a consultancy position after four years. Confirming the change, Festival Republic MD, Melvin Benn said: “Natasha has become an integral part of the Festival Republic team, and will be greatly missed in that role but we obviously welcome her continued participation and advice in the consultancy role. Her work on Latitude has helped position the festival to be recognised for its innovative and exciting music programming. I wish Natasha every success in her future ventures. I am very pleased to be welcoming Lucy, and have no doubt that her fresh and vibrant attitude will be an invaluable asset to the 12th Edition of Latitude Festival and for future years to come. Lucy brings a wealth of experience from her previous role and her addition to the team will absolutely help maintain Latitude’s ethos.”

Dead Or Alive singer Pete Burns has died at the age of 57, his management confirmed last night. In a statement on Twitter, Burns’ management said that it was with "greatest sadness" that it had to confirm the "tragic news" that the Dead Or Alive star passed away suddenly on Sunday, October 23 having suffered cardiac arrest. (Music Week)

Vevo has announced that Colleen McCreary has joined the company as chief people officer. McCreary will be responsible for Vevo’s global people strategies and operations, reporting to CEO Erik Huggers in the company’s San Francisco office. “We’re delighted to welcome Colleen to Vevo as we enter into the next phase of growth and transformation for our business,” said Erik Huggers, CEO. “Colleen’s tremendous expertise and leadership in people operations will be key in driving a high-performance organization that can deliver on our vision for the future.” In her most recent position at Zynga, she managed growth of the company from 130 to 4,000 employees in three years.

The Velvet Underground founder member John Cale has announced Liverpool as his only European show to celebrate the 50th anniversary of the band's legendary debut LP. Following the recent live concert at the Philharmonie de Paris to celebrate 1967's The Velvet Underground & Nico LP, Cale has decided to perform the album in its entirety only twice more – in New York and Liverpool. This "reimagined" show will be staged on Friday, May 26 at a bespoke open-air stage in the heart of Liverpool’s historic docklands, the city that Wales-born Cale sailed from where he left the UK. Cale said: “I'm often reluctant to spend too much time on things past - then, a time marker shows up - The Velvet Underground & Nico turns 50. As so many bands can attest to, it is the fulfillment of the ultimate dream to record your first album.We were an unfriendly brand, dabbling in a world of challenging lyrics and weird sonics that didn't fit into anyone's playlist at the time. Remaining ferociously true to our viewpoints, Lou and I never doubted for a moment we could create something to give a voice to things not regularly explored in rock music at the time. That bizarre combination of four distinctly disparate musicians and a reluctant beauty queen perfectly summed up what it meant to be The Velvet Underground.” (Music Week)

Last night saw the 21st annual Amsterdam Dance Event (ADE) draw to a close, having sold out for the 10th consecutive year. From October 19-24, the city of Amsterdam was dedicated to the 21st ADE, the world's biggest club festival for dance music and a key business platform for the electronic music industry. After raising this year’s capacity to meet growing demand, the event featured 550 speakers, over 2,200 artists in more than 140 venues, 1,000 events and 375,000 visitors.

Heavy metal icons Metallica will release new song Atlas, Rise on Halloween. The track is taken from the band’s forthcoming album Hardwired…To Self-Destruct. From Friday, October 28th, Metallica fans around the world can visit select independent record stores for the chance to obtain a free limited edition Hardwired…To Self-Destruct Halloween mask. Inside of each mask fans will find a special access code that will allow them to hear Atlas, Rise! 30-minutes prior to its official release on Halloween.

Dutch DJ Martin Garrix is heading to Rotterdam to appear at the 2016 MTV VMAs. The DJ will be joined by celebrity presenters from around the world, including actresses and stars of the forthcoming action blockbuster xXx: Return of Xander Cage Nina Dobrev and Deepika  Padukone; global supermodel Jourdan Dunn; Canadian activist and catwalker Winnie Harlow; and rapper, actor and current star of Netflix’s The Get Down Jaden Smith. “I’m so pleased to be returning to the MTV EMAs, one of my favourite parties of the year, for a night of music and magic in my home country,” said Martin Garrix.