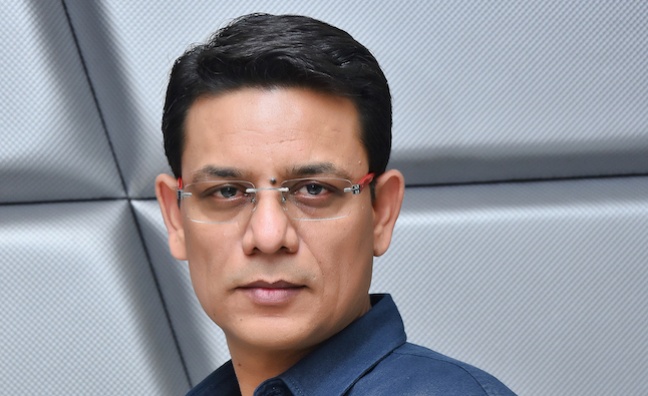 While the music industry has been awaiting news of a Spotify launch in India, the streaming giant has announced a global content deal with one of the country’s leading music and film companies.

As part of the announcement, Spotify revealed it now has more than 200 million users – up from 191m in Q3. They will now have access to music from T-Series’ entire Indian song catalogue including Bollywood and regional movie soundtracks, as well a non-film albums and emerging artist content.

With over 160,000 songs, the T-Series catalogue has many of the most popular Indian songs recorded over the past 30 years.

“One of the ways Spotify has helped revolutionise music discovery is through its ability to connect millions of fans with the best music and artists from all over the world in a way that just wasn’t possible before streaming,” says Paul Smith, director, head of international licensing at Spotify. “Today’s deal with T-Series significantly strengthens our Indian music catalogue, bringing Bollywood to more than 200 million Spotify users worldwide. Having T-Series on Spotify is hugely significant and shows our commitment towards providing the very best music for our users.”

Chairman and managing director, T-Series, Bhushan Kumar, added: “We are bullish about India’s most popular music company tying up with the world’s most popular music streaming service. We are confident that together we will be able to reach new markets and spread the love for Indian music far and wide.”

Neeraj Kalyan, T-Series president and digital head, added: “Indian music lovers globally will be in for a musical treat with over 160,000 songs in several languages from the T-Series catalogue. I am sure Spotify’s expertise earned in mature markets will be helpful for the Indian streaming industry and will pave the way for a paid ecosystem in the streaming business in India.”

The deal comes after last June’s roll-out of Spotify’s Global Cultures Initiative, which included the launch of Indian music hub Desi, which has more than 930,000 followers.

More than 4m users regularly listen to Indian music on the platform, with “Bollywood” the most popular search term.

Spotify may well update the industry on its Indian ambitions next month after reports of complex licensing negotiations. In the company’s last earnings call, CEO Daniel EK said: “India is a very fragmented marketplace. [But] there is nothing we see that prevents us launching in India.”