'There's a lot of potential': Qobuz launches hi-res streaming in US 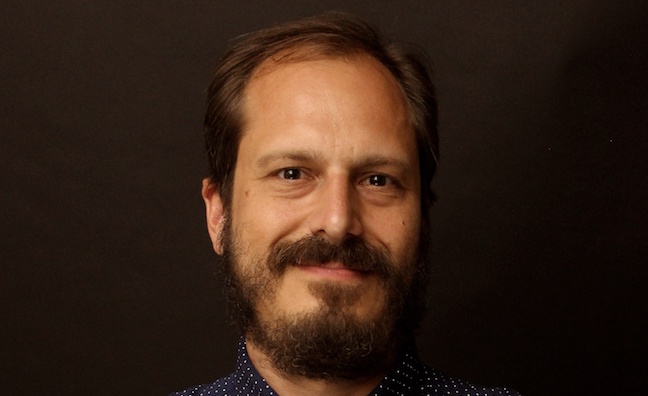 Hi-res streaming service Qobuz launches in the US today (February 14).

The hybrid download and streaming service claims to have the largest selection of hi-res streaming tracks anywhere. It has millions of hi-res (24-bit) tracks, and 40 million CD-quality tracks (16-bit).

Its arrival in the US almost 12 years since it launched in Europe was described as “significant” by Dan Mackta, MD, Qobuz USA.

“It’s very exciting for the company,” he told Music Week. “It should ramp up to be a significant part of Qobuz’s business pretty quickly just because of the size and maturity of the [US] streaming market, there’s a lot of potential.”

The New York City-based team of four has support from the company’s Paris HQ. Qobuz has around 100,000 active users in Europe, with particular strongholds in France, Germany and the UK. The US is the company’s 12th market, and there has been talk of an IPO for Qobuz.

“We should be able to exceed what’s been happening in Europe pretty quickly,” said Mackta.

He said that the main challenge was ensuring all the licensing was in place for a Q1 US launch.

“It was made less complicated by the Music Modernisation Act, which makes the payments and reporting to publishers and songwriters more streamlined in the US,” said Mackta. “We would have possibly launched with a lot less catalogue otherwise.

“We were making sure we had critical mass on the catalogue, and there’s more being added all the time with more labels and suppliers being signed and more hi-res being delivered.”

He added: “We were also making sure we had the ability to handle the customer service and super-serve the audiophiles who are looking for Qobuz. They’re hi-fi aficionados so we just needed to make sure we were ready to serve them.”

There’s a lot of audiophiles that, for whatever reason, don’t trust streaming and want to own files

Mackta admitted the service is “pretty niche” but there had been a positive impact from the introduction of a monthly payment plan last year.

“It’s pretty niche at this point but there’s a lot of progress being made with new offers and new marketing in Europe,” said Mackta. “The ability to do the hi-res streaming on a month-to-month basis was only introduced at the end of last year in Europe, prior to that it was an annual-only option. So growth has been picking up a lot more quickly.”

He confirmed that downloads remained a key part of their business.

“There’s a lot of audiophiles that, for whatever reason, don’t trust streaming and want to own files, they prefer the sound or the flexibility,” Mackta told Music Week. “Old habits die hard and a lot of these consumers are probably not going to change unless they absolutely have to, so we’re going to keep selling downloads.”

Rivals in the hi-res space include Tidal, while Deezer offers a CD-quality service.

“Tidal is operating in this higher-end audiophile market,” said Mackta. “The big differences are that we’re not doing MQA, our hi-res is a native 24-bit FLAC file with no additional compression. It’s a pretty standard file that works with any hardware.”

Qobuz also has an editorial focus on music that would particularly benefit from hi-res audio.

“We’re a full service catalogue with all genres, [but] editorially and philosophically the focus is on stuff that may sound really good and that audiophiles with higher-end systems may be into,” Mackta explained.

Qobuz is also confident its hi-res files can be accessed on the move and with cache functionality, though it has some work to do on smart speaker accessibility.

“[Mobile] is huge, Qobuz has spent a lot of resources working on the iOS and Android apps,” said Mackta. “Both have seen a lot of improvement and there’s a lot more to do. There’s Apple CarPlay integration, though it’s not as robust as it’s going to be in about six months. There are some amazing automotive hi-fi systems happening, we saw some really cool stuff at CES last month.

“There’s definitely a lot of mobile use. The hurdles of bandwidth do exist, but they are soon to be less of a hurdle with 5g coming in and satellite internet. The challenge for us is getting our service for voice – it’s on the roadmap and within a year or two it will be fully integrated. It’s going to be just as important for us as it is for everybody else. As the hardware supports it, we’ll be there to fuel the listening.”

In the increasingly competitive streaming market, Mackta said there was room in the US for a specialist service like Qobuz.

“There’s definitely some differentiation happening in the market, mass market streaming is not for everybody and that’s a good thing for music fans,” he said.