TuneCore launches in Brazil and Russia as expansion continues 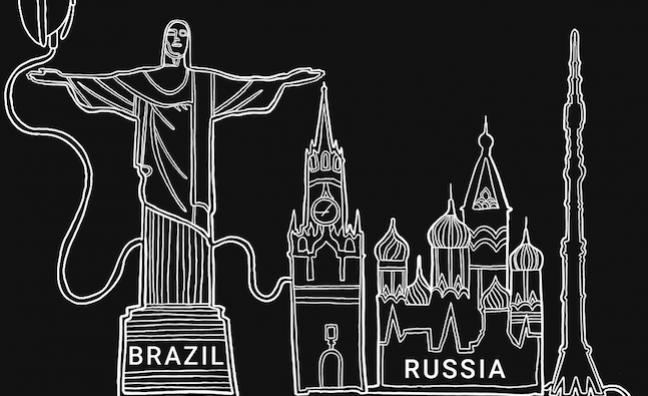 TuneCore has announced the launches of new operations in Russia and Brazil, as its international expansion continues.

TuneCore  Russia and TuneCore Brazil are the distributor's ninth and 10th openings with local hires, with more planned in the near future. Its Indian operation opened earlier this year.

Independent acts in Russia and Brazil will now be supported by local staff and dedicated local language websites. This will open up TuneCore’s distribution network of more than 150 digital stores and DSPs to acts in both territories, allowing them to retain 100% of their sales revenue and rights.

Ivan Ivanov is the new head of TuneCore Russia and will partner with local aggregator UMA and digital store Yandex. Ivanov most recently served at video network Yoola.

His counterpart in Brazil is Bruno Duque, who began his career in the Latin division at Sony Music in Los Angeles and arrives from digital distributor iMusica.

Ivan Ivanov said: “The Russian music market has enjoyed exponential year over year growth, largely due to the bridge between social media and streaming services. The launch of TuneCore Russia is an investment in the country’s burgeoning local music scene and I’m very excited to have a role that empowers Russian independent artists to distribute their music worldwide and grow their careers, without giving up their rights or revenue.”

Duque said: “Brazil is a country with a diverse and creative culture, which heavily influences its music. Choosing Brazil for the newest TuneCore office speaks volumes to the company’s dedication to supporting independent artists across all musical genres. I’m excited to join TuneCore Brazil, especially as digital music and streaming services continue to grow and invigorate the local music scene.”

Brazil is a country with a diverse and creative culture

Gleeson said. “TuneCore’s global expansion is one that we approach very thoughtfully, yet confidently. Both Russia and Brazil are key markets for independent artists, having seen exponential growth in recent years due to the availability of digital music and the accelerated growth of streaming services. By expanding our local team and localizing our website to Russian and Portuguese, we demonstrate our support of artists with dedicated local executives who not only speak the same language as our artists but also live and breathe the same culture. Bruno and Ivan are industry veterans with extensive understanding of independent artist needs in their markets and believe deeply in our vision to support all artists, at all stages of their careers. I am delighted they have joined our team.”