'We buck the trend as much as we can': Raw Power boss Craig Jennings on Bring Me The Horizon's streaming success 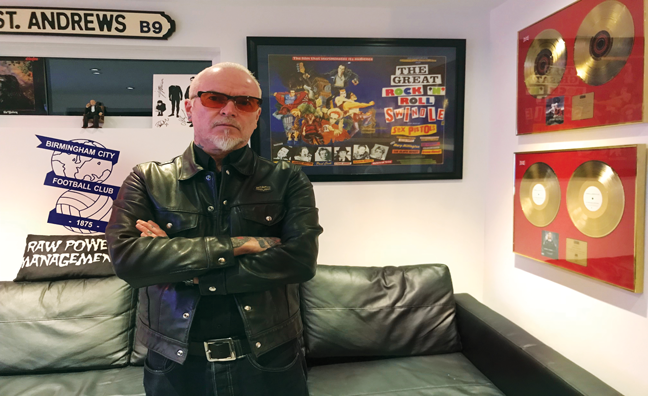 According to new Music Week research, based on Official Charts Company data, streams of songs classified as heavy rock or metal are outperforming the market so far in 2019.

Rock streaming is up 39.3% (a significant increase on last year’s 29.8% rise at this stage), while overall streams increased by marginally less, at 38.8%. This time last year, rock was over six percentage points off the market pace.

Much of the rise has been due to consumers embracing classic artists such as Queen and Mötley Crüe, who both saw big streaming surges off the back of biopics.

But, at long last there are also signs that contemporary acts are making an impact. Leading the charge: RCA-signed, Raw Power-managed Bring Me The Horizon.

The band also have no fewer than 10 songs in the Top 100 rock streaming songs of the year, the highest being Medicine at No.11, with over 7.6 million audio streams. For the past two years, no current releases have made the Top 40 rock tracks at this stage, but four songs from current Bring Me album Amo feature in this year’s chart. Amo has sold 56,915 copies to date, according to the Official Charts Company, while the band’s previous album, That’s The Spirit, has passed one billion global streams.

How encouraged are you by the latest rock streaming figures?

“What we’re finding now with rock records is things have got a longer tail. Records are selling for a longer period of time. Spotify is the record shop that’s always open and things are always in stock. If you’ve got a record like we’ve got, and we’ve got quite a catalogue of songs now with Horizon, people are discovering the band all the time. We get a lot of radio play now and that’s good for discovery, people hear it on the radio and then go to Spotify or YouTube to find out more about the band. It is really encouraging and good to know the sector overall is doing that as well.”

So is the tide finally turning for rock on streaming services?

“I think it probably is. D2C is a big part of our model but recently D2C is becoming a little tougher and this is because people are getting into the habit of going on Spotify. There definitely is a trend towards that, no doubt about it. But, if we’re losing out initially on D2C sales, we’re seeing an uplift on tickets. You look at records now over a period of five or 10 years, they’re going to be selling more. If you look at the first year, you’re probably going to be behind. But we’re winning over new generations of fans and people are getting into the habit of streaming. It took a minute but it feels very positive.”

“Generally at Raw Power we try and buck the trend as much as we can in all areas. We made a progressive, brave record and we continue to make brave decisions in how we do things. We’re finding ourselves now crossing that divide. The key for us has always been to maintain the fanbase that we have, which is very important to us, but to try and move things on. These streaming numbers show that we’re succeeding.”

What’s been the key to success with this album in particular?

“We’ve worked very hard, along with Sony, to engage with all the DSPs. We’ve done a lot of work across the board, with Spotify, Apple, Amazon, YouTube. When we were launching the campaign, we were engaging with everybody, trying to give people exclusives on various situations. You don’t want to upset one person by giving someone else too much. It’s always a game to try and ensure you deliver for everybody. But when we looked at this campaign, we knew it was going to be digital-leaning just because of the way the market’s going. There’s been a seachange in the last six months, we saw massive increases in streaming numbers and sometimes quite big drops on the download side of things. We always wanted to put together a very modern campaign that was reflective of the old and the new and certainly leaning heavily on the digital side of things.”

How important are mainstream non-rock playlists to the band’s success?

“You need a mix. The fan portals are really important and we absolutely understand that it’s key to be supportive of our fanbase, which has been growing over the years. But it’s also important to be on some of the bigger ones as well and make a difference. People see a Bring Me song on Hot Hits and it’s an unusual thing. I’ve always got my punk rock hat on, but I don’t necessarily like looking in from the outside. Being subversive on the inside is the best way to do it. In terms of getting on those playlists, we have no barriers to where we want to go.”