'We're in it for the long haul': Sulinna Ong talks breaking artists with Deezer Next 2018 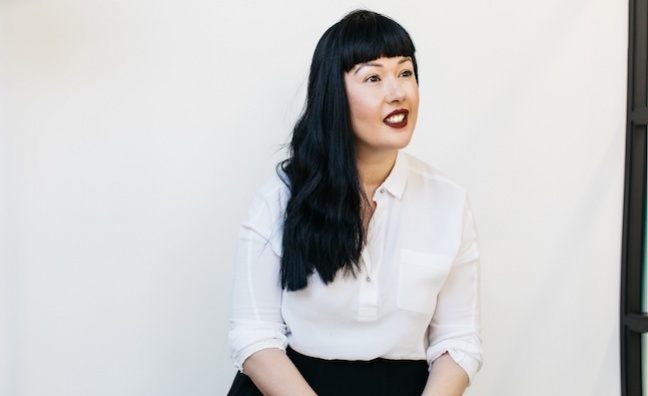 Deezer Next 2018, the streaming platform’s programme for championing new talent, has launched with Jorja Smith as the first global artist for the year ahead. The BRITs Critics’ Choice winner will benefit from playlist and promotional support – starting with an ‘inspirations’ playlist of her favourite songs – on Deezer, which has 12 million active users in more than 185 countries.

Following last year’s inaugural programme providing exposure for new artists, Deezer Next returns with its first round of international artists for 2018. The streaming platform will select three further global priority artists, along with up to eight regional artists per market (including France, Latin America, Germany, UK and the US).

As Deezer also unveiled Yxng Bane and Lewis Capaldi as its first UK regional artists to benefit from the programme, VP of artist marketing Sulinna Ong spoke to Music Week about the potential impact of Next 2018...

Are you confident that Next 2018 can help break artists this year?

“Yes, Deezer Next plays a meaningful part in the journey of developing and breaking artists. Last year we saw impressive increases in both streams and fanbase growth for the Deezer Next 2017 artists and that’s a testament to the fact that this programme works. There is no one streaming platform that dominates in every single market. Deezer Next gives artists another platform in streaming (which is growing exponentially) that significantly contributes to widening the reach of their creative output so that more people are discovering and listening to their music. Deezer’s global footprint (available in 185 countries) and our particular strength in France and Latin America plays an important role in opening up new territories for artists.”

How does Deezer choose and support artists?

“We have a strong and experienced artist marketing team who, combined with our editors, keep tabs on developing talent from around the world. We have a framework of criteria that we work to and it’s about identifying emerging and developing artists we believe have the potential for success, supporting them through a combination of playlisting, developing creative marketing campaigns which offer multiple channels for engaging with audiences, e.g. special content (audio recordings and video performances and/or interviews), fan events, social media amplification, OOH [out-of-home advertising] and we also include at least one Deezer Next artist for the Deezer global TV commercial sync which last year topped the Shazam ad charts.”

How did the promotion perform in its first year?

“It performed extremely well. Deezer Next’s inaugural year saw us collaborate with multiple artists from around the world, working closely with them to increase their exposure through increased playlisting and artist marketing initiatives such as special live events, interviews, videos, in-product promotion, advertising and in placing their music in Deezer’s TV ads. Artists achieved significant boosts during the year and saw greatly increased visibility and streams in their own territories and also in new parts of the globe.

“In 2017 Deezer Next artists saw an immediate jump of at least 400% in daily active streams in just the first week of being added to the list as heavy playlisting and in-product marketing and positioning came into effect. When artists released additional new music and the marketing campaigns and content had been fully activated, this further increased streams and engagement throughout the course of 2017. The other metric that we look at is fanbase growth. For example, Rag’N’Bone Man saw a 1,323% increase in his fanbase on Deezer. There is a huge appetite from our users for new music from around the world and Deezer Next fulfils that need. For us, it’s also incredibly important to be championing developing artists and working closely with them and their teams.”

Will these artists benefit from long-term playlist support?

“I believe it takes more than one, two or even three months to boost an artist’s profile in a substantial way. That’s why being a Deezer Next artist means that they get continuous artist marketing and editorial support for 12 months – we’re in it for the long haul. Additionally, whilst playlisting is important, it’s just part of the Deezer Next support as ultimately we have to tell the artist story in order to turn that casual listener into a fan. An effective long-term artist marketing plan requires multiple touch points to captivate the imagination and attention of users and build an engaged fanbase on Deezer.”

What’s been the reaction from the labels and publishers?

“The reaction has been very positive and we work very closely them and have their full support.”

“It feels great for our hard work to have been acknowledged by a company we hold in such esteem as Deezer, who have played a major role in the democratisation of the music industry, and thus allowed the likes of talent like Yxng Bane to flourish unhindered,” said G FrSH from Yxng Bane’s label, Disturbing London.

The next rounds of Deezer artists will be revealed in March, June and September.