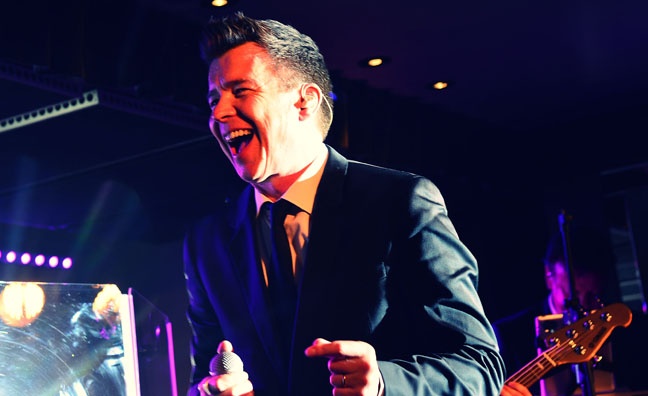 For a certain generation(s), Rick Astley is most prominently known as that bloke who pops up on YouTube whenever you click a link to hear a new track by a pop star of note or view the trailer for an upcoming blockbuster. And while the pop culture phenomenon that is Rick rolling has no doubt played its part in introducing Astley to a brand new audience, it’s safe to say that’s probably not how he would have chosen to return to the public consciousness.

Since his late ‘80s heyday as one of Britain’s most recognisable pop icons, a high-profile return to music looked unlikely before 2016. Although he had continued to write and perform across the world during those intervening years, a credible comeback never materialised; some of his biggest gigs coming in the form of a support slot for comedian/nostalgia merchant Peter Kay.

This year, however, his comeback album 50 – aptly titled to coincide with his 50th birthday – has proved to be one of the biggest and most surprising success stories of 2016. The record, which topped the charts earlier this year, has so far sold 183,721 copies and has spawned a sell-out tour that looks set to roll on and on into late 2017.

“Comeback, for certain people, is not a phrase that they really want to conjure, but that’s exactly what it is,” Astley matter-of-factly tells Music Week over a coffee at London’s Groucho Club. “I don’t have a problem with it. I’ve been singing and doing gigs for about 10 years, I had a couple of singles that I released, but the idea of making a whole album filled with new material hasn’t really floated my boat for a while so it’s been amazing to get this reaction.”

Perhaps one of the biggest factors behind 50’s performance is the fact that it is purely a product of the artist. Written, recorded and produced from Astley’s home studio, every note played and sung on the record was delivered by the man himself.

“I knew my 50th birthday was coming, so I wanted to do something for it that didn’t feel like a midlife crisis - even though making a record probably is a midlife crisis! I just wanted to own it and feel OK about being 50, and I felt that doing some new music just for myself was one way of doing that.”

A healthy dose of demand from the Astley faithful also helped coax him back into the studio. “Your fans come to gigs and let you know what they think,” he continues. “And they kept saying, We’d like to hear some new music. As an artist it’s quite hard to take that on board and turn it into a record - just because some fans say that doesn’t mean you’ll be able to make a new record that even they’ll like, let alone anybody else. But when you see people keep coming to gigs and going, Loved it, but make a new record, you start to believe them.”

Once the album was made, Astley reconnected with his former label BMG. The fit, says the company’s executive vice president Alexi Cory-Smith, was perfect.

“We’ve been delighted by [the album’s] success,” she tells Music Week. “We thought it would do well and we thought people would be surprised by it. I’m aware that the industry was taken quite by surprise. We weren’t. We were very convinced by him: great artist, self-sufficient, knows what he wants and was very clear about how he wanted to do it. That very much fits our way of working.”

Cory-Smith is also quick to emphasise that both the company and Astley have a long-term vision to take the success of 50 way into the new year, with an eye on new music further down the line.

“This plan is really comprehensive, he has a sold out tour into summer 2017,” she continues. “He’s signed with us for publishing too, so there is a really invested collaborative effort here. It’s a full musical partnership with BMG. We are starting talking to him about writing, collaborations and now there are a lot of people who want to work with him.”

For Astley, the key to his resurgence was understanding who his audience was and getting his new music played on radio. “In a bizarre world where everything revolves around the internet, radio is still a massive thing,” he says. “Certain artists can have a place on the internet which is how they get to their fans, especially younger bands. But let’s face it, if somebody is going to remember me, they’re going to be of a certain age. OK, we’ve had Rick rolling and people of all ages might know that tune [Never Gonna Give You Up], but in terms of presenting a new record, I had to get it on Radio 2. Hence, [radio plugger] Richard Perry. I got him to come to the house, played him a bunch of songs and I got the bit between his teeth.”

In a year that has spawned very little in the way of exciting new artists, the success of Astley’s return sends a clear message: with the right record, it’s never too late to make a successful and, most importantly, credible comeback.

Throughout 2016, acts such as Craig David and former X Factor winner James Arthur have also made unexpected returns that have yielded No.1 records and critical and commercial acclaim. And with each of these artists, the source of their success lies in the decision not to reinvent themselves, but to present an honest version of who they are today.

“You’ve got to be careful not to do something ridiculous, that looks like you’re trying too hard,” he concludes. “I met Craig [David} recently and we were both having a laugh saying how neither of us could have expected to be doing what we are doing now. You really couldn’t have written it.”