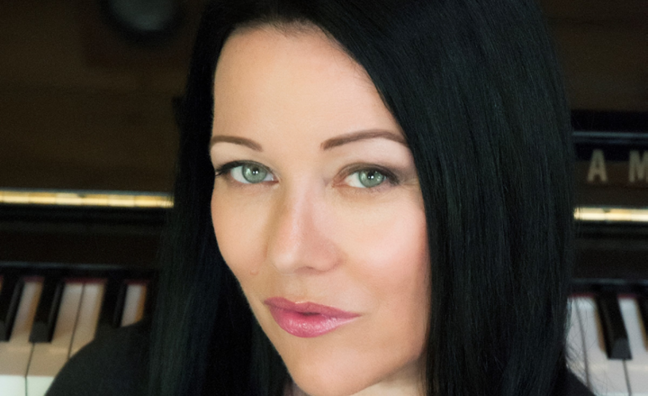 Lauren Christy has written for everyone from Britney Spears and Dua Lipa to Korn. But her big break? It came as part of production trio The Matrix in the form of Avril Lavigne’s debut hit Complicated...

Complicated literally changed my life. I went from having $180,000 worth of debt and being pregnant at the same time, to just going, ‘You mean it’s all going to be OK!?’ It was so incredible.

I’m not going to lie, with The Matrix  [production team featuring Christy, Graham Edwards and Scott Spock] we were starting to make some good money as producers in 1999, but I had been struggling – I almost became a paramedic in 1998. I’d had two solo albums, got a Golden Globe nomination and an American Music Award nomination, but my solo career wasn’t really happening.

I remember just thinking, ‘You have to find another career – you’re 32, haven’t made any money, you’re living off publishing advances, so maybe it’s just not your path.’ Complicated legitimised that I was on the right track.

Our manager at the time called and said, ‘Hey, there’s this young artist on Arista, she’s only 16 - would you be interested in meeting her to write a song?’ And we said, ‘Sure!’ This little girl came round and she looked awesome - she’d made bangles from melting toothbrushes! Avril came in like a little badass and she was into System Of A Down, but the label were feeling she couldn’t go there [musically].

We were left scratching our heads a little bit, like, ‘How do we make her happy? She seems really frustrated because she wants to rock.’ Avril came back two days later and the first song we wrote was Falling Down which ended up in a movie [Sweet Home Alabama], but the second one we did was Complicated.

It was real easy to make. It was me, Avril, Graham and Scott sitting in a bedroom in our studio house on St Clair Avenue [in LA]. The four of us sat there doodling the verses on it and I remember going, ‘la la, la-la la la-la’ and asking, ‘Is that melody something else?’ When I find a really great melody I always call my friends who are encyclopaedias of music. }

We checked and the verse was ours! Then Avril said the words, ‘Why do you have to go and make things so complicated?’ She came up with that. It was one of those seamless things where suddenly we had all the melodies and we were all jumping around. I remember writing ‘Life’s like this you fall, and crawl and break…’ and the two of us high-fived each other!

I did sense it was a big song. Honestly, Avril felt a little nervous that it was so pop, because she wanted to be a lot more rock than that, but she went away and lived with it for a couple of days. She came back to the studio, got on the mic and sang it and I remember on her first take going, ‘Oh my God, Avril! This is incredible!’ I
got goosebumps.

I thought Anything But Ordinary might have been the first single, or Sk8er Boi, but LA Reid was an expert at that stuff. I loved every single song, but sometimes something just gets propelled and it was the right moment in time.

Avril came with a baseball bat. Suddenly this little girl comes out and sings something as real as those lyrics.

Avril always said she wasn’t a punk, but the truth is she had punk attitude. I thought it was so refreshing.

I think Complicated connected because life is tough. I’m someone who suffers from depression – all my life I’ve struggled with it – and there’s a lot in that song about that. I write to myself all the time, I’m doing therapy on myself. I think it actually spoke to people.

Complicated taught me just to be real, to just be an open book.

I’m so grateful for the song to this day. Avril and I just clicked like sisters and Complicated changed our lives.