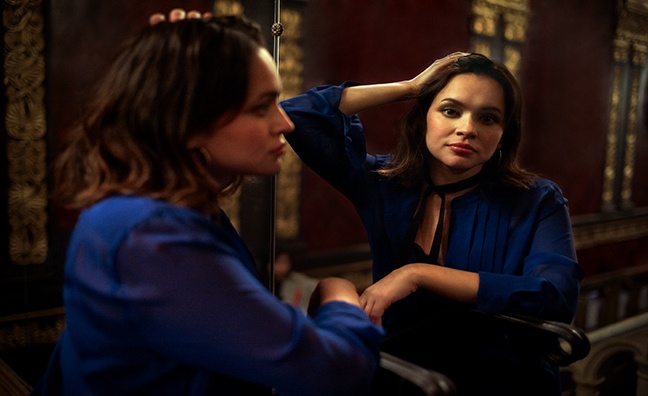 It’s a hot London day in July and I make the mistake of walking from the Music Week offices near London Bridge to the hotel near Whitehall where I’m supposed to be interviewing Norah Jones.

I’m a bit apprehensive. I’m about to meet Norah Jones, who in years to come will arguably be considered one of the greatest jazz singers of all time.

Aside from her own impressive list of achievements - which include over 45 million global album sales and nine Grammys - she is of course the daughter of the late virtuoso sitar player Ravi Shankar, who influenced one of my favourite musicians of all time, George Harrison.

I take the lift and get to the door of the suite where the press junket is taking place. We’re introduced. To my relief, she’s as cool as you’d expect her to be and more down to earth than a lot of artists who are nowhere near as successful.

She says she’s looking forward to releasing her sixth album Day Breaks, which is out on October 7 via Blue Note/Virgin EMI records. “I’m excited,” she says. “Its funny, I made it last [autumn] so it seems like a long time ago.”

“Brian is the hardest-to-pin-down musician in the whole of the music world,” she says. “I can’t even believe I got him to record with me. I tried to get him for four dates just for some club dates, but he was impossible to book. Great guy, but super busy.”

Produced by Norah Jones and Eli Wolf and co-produced by Sarah Oda, Day Breaks was recorded and engineered by Ted Tuthill at Sear Sound Studios.

“Sarah kind of became my partner on this album,” explains Jones. “We work together anyway and I see her all the time and she’s one of my best and oldest friends.

She’s incredibly talented. It became really exciting to write with her, we talked about what the song was about and what we wanted it to be about. She’s really good.”

There are three covers on the album, including Horace Silver’s Peace, Neil Young’s Don’t Be Denied and a Duke Ellington tune African Flower (Fleurette Africaine). “I love that song so much,” says Jones.

“When I was trying to think of something to record with Wayne Shorter that was the sort of energy I wanted.”

Jones adds that the album only took around six days to record. “Everything was pretty fast and live and then we did some production on a lot of the stuff, added the strings and a couple of the songs were more produced and some just stayed as they were,” she explains.

“I think the first album was maybe that or less. It depends on the amount of production, if you already have the songs written or if you’re just doing covers and you’re going in to play with a band. It’s gotta be quick. You can labour over that or it sounds stiff.

The best is when you get a first or second take, a lot of this is like that.”

That first album was the 2002, official UK No.1 release Come Away With Me, which won five awards at the 2003 Grammys and propelled her to house-hold-name status.

Her career has subsequently seen her release five albums, three of which went to No.1 including the debut, the follow up, Feels Like Home, which reached No.1 and has sold 1,181,503 to date, and Not Too Late, which has sold 241,97 since it was released.

Jones has also collaborated on tracks with everyone from Willie Nelson to Outkast and Foo Fighters and even Billie Joe Armstrong from Green Day on an album called Foreverly.

“That was really fun because it was a whole record,” says Jones. “[Armstrong] called me and was like, Hey I have this idea, I want to recreate this Everly Brothers record. It was pretty random! Also, coming from him it was surprising.

“It felt really great and he let me pick the band in the studio, which was great. It ended up being super fun because instead of just hiring a guitar player to come in, we both played guitar and I played piano. It was just us and the bass player and drummer.

We would do the basic track and he would overdub a guitar solo or I would do piano. It became a really fun project in that way.”

Out of all the people Jones has found herself in a studio with over the years, she tells Music Week that Danger Mouse has been her favourite to work with because, like the time she worked with Armstrong, they made an entire album together instead of collaborating on individual tracks.

“That was very different because it was a whole album and we went all in and got to know each other really well,” she explains.

“Whenever I sing songs with people I don’t usually get to know them that well. So it is fun, but even with someone I really admire, it’s just the nature of it, that it’s not like we end up hanging out for days or anything.

“I don’t like things to feel forced, so I would only enjoy writing with other people if it’s something like that, that feels good. So that’s pretty much the only way I do it.

I’ve never really done that thing where I write with someone I don’t know. That’s what people do all the time, maybe it feels a little impersonal sometimes.”

Jones moved to New York from Texas in 1999 to pursue a career as a jazz performer and sang at restaurants and clubs around the city.

She says that it was no easier then to make a living from playing music than it is now and eventually started to spend time around other singer-songwriters in Manhattan’s Lower East Side. “You’ve got to be resourceful or have a certain amount of success,” she says.

“I waited tables and wasn’t playing at nice jazz clubs. I was playing at restaurants and I would get a couple of club gigs. I was still just new to town and starting out, but then I started playing at singer-songwriter clubs and that became more fun for me, which is why I sort of went in that direction.”

Jones’ relationship with legendary jazz label Blue Note Records started after her friend’s wife, who worked at EMI, saw her performing at a restaurant in New York.

“She thought I was good, I guess, and she said, I’m going to take you to see Bruce Lundvall [then president and CEO] at Blue Note Records,” she recalls. “I was like, OK! I had all the Blue Note Records growing up and I loved them.

“I was 21. I moved to New York to play jazz so I was starting to get into the songwriters scene, and I didn’t know what I wanted to do but that sounded pretty awesome. She took me there and I had a demo and had two jazz standards on it and one song that my friend Jesse wrote and I played them for him.”

Blue Note, the world’s longest running jazz label was founded in 1939 by Alfred Lion and Max Margulis and has released recordings by jazz greats like Miles Davis, Thelonius Monk and Jimmy Smith to name a few.

Lundvall headed up the label for around 25 years before standing down as the label’s president in 2010 to become chairman emeritus.

He sadly passed away in May 2015 after a long battle with Parkinson’s.

“Bruce was the most dapper looking older gentleman,” remembers Jones. “He had a perfectly groomed white beard and spats. I feel he wore spats but maybe he didn’t, but always had a nice suit on.

He said, Do you want to be a jazz singer or a pop singer? Because I had this one song that wasn’t really jazzy.

“I was like OK, I’m sitting in Blue Note Records, so I want to be a jazz singer. But I really didn’t know what I wanted to do yet so he gave me some money to make some demos. So I did. I went into the studio and I recorded.

I knew what I sounded like singing jazz standards because I had lots of demos of me singing that, so I used that money to record a few of my own songs and a few of my friend’s songs and my bass player’s songs. That ended up becoming half the record.

“I’m just so happy that I was lucky enough to get signed to Blue Note. It’s funny because it’s a jazz label, but I feel like they’ve given me a ton of freedom to do other things even on my first record, before I had success they gave me freedom to find myself.“

Where some labels might drop an artist after their first slip up, Blue Note gave Jones so much freedom, in fact, that the label allowed her to record her debut album twice.

“After the demo sessions I wanted to go into the studio with this band and producer that I loved so much.

It was really great and it was really fun, but it really just wasn’t the demos. The demos were special and then it became something a little too contrived.

“My voice just didn’t sound right. Bruce was smart enough to say, That’s not good. That’s not what you did before, which was what was special. So he got me to do the stripped down, demo stuff. We finished the record that way.

“I remember feeling such relief when he didn’t like it. It’s not like anybody was bad on it, it was all these amazing musicians but there was just something about it that obviously just wasn’t comfortable.

I was nervous, I was so young and my voice just really wasn’t sounding as good as it could have. It didn’t sound natural.”

Commenting on how different things are now for many new artists signing deals compared to 2002, when social media and music streaming weren’t king, Jones recognises that it’s so “different now” and that “there’s so much content and so few ways to make money as a musician”.

“It’s such a different world with streaming and social media,” she stresses. “I feel like I kind of got in under the wire when people still bought CDs, I mean they still buy Adele CDs, which is great, but in general its definitely different.”

“Labels don’t sign people who don’t have ‘X’ amount of Facebook followers. It’s a different place now and you have to really promote yourself.

You have to do all the legwork before the label gets involved and sometimes that’s good. It’s good for the band but it’s probably not good for someone that stinks at social media, even if they’re super talented.”