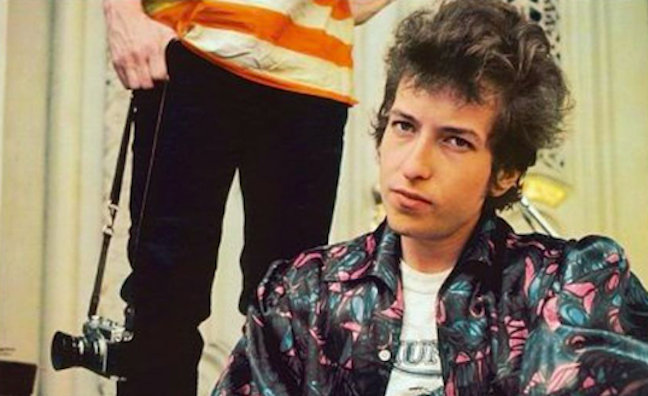 Fifty years on from the first ever Isle Of Wight festival, co-founder Ray Foulk talks about how it all started…

Start small and grow as you go along: it’s a policy many festivals still follow to this day. But the Isle Of Wight Festival took that idea to the extreme.

Its first edition, in 1968 (two years before the first Glastonbury), attracted a respectable 10,000 punters, yet two years later that number had skyrocketed to a reputed 600,000 – said at the time to be one of the largest human gatherings in the world.

Ray Foulk was running his own printing business when his older brother Ron, an estate agent, got a part-time job as a fundraiser for the Isle Of Wight Indoor Swimming Pool Association, which was looking to generate cash to build an indoor swimming pool on the island.

“We were kicking around fundraising ideas when we came up with the idea of a music event,” Ray tells Music Week. “There’d been a jazz festival on the island some years earlier and we thought about doing something like that. But then our younger brother Bill, a student at the Royal College Of Art, was consulted and immediately said, ‘No, it’s got to be a pop festival, you’ve got to have the current names.’”

Through an East London booking agency, the brothers put together a bill that included the likes of Tyrannosaurus Rex (later T. Rex), The Move and Pretty Things, when the opportunity arose to secure California rockers Jefferson Airplane (“That really kicked it off into a more serious event,” suggests Foulk).

The 10,000-strong crowd was pulled in through a combination of a full-page advert in Melody Maker, posters in London and leafleting across the south.

“We couldn’t rely on Isle Of Wight people to support a thing like this,” says Foulk. “In the end I think the split was something like 50-50, about half the audience was from the island and the other half came across the water.

“The festival itself was a one-night affair and was designed to run all night. There were no local authorities to get involved and no regulations, you just did it. I should mention that the Swimming Pool Association pulled out before the event because they didn’t like the publicity about hippies and drugs that suddenly started up.”

Nonetheless, its relative success (the event broke even) persuaded the organisers to do it all again – with one caveat.

“It would only work if we got somebody really big that could draw people across the water,” says Foulk. “They would not come to the Isle Of Wight to see somebody they could see in their own town or in London.

“We thought about The Beatles, but they weren’t working as a band, Elvis wouldn’t be suitable for a festival and he’d never been to Britain, so that was all far-fetched, and then there was Bob Dylan, who was a long shot. He hadn’t worked for three years – he’d had a motorcycle accident and been out of circulation all that time – and he was a superstar. He was a massive name and we hit lucky.”

Key to the deal was Bert Block, business partner of Dylan’s manager Albert Grossman, who became the festival’s US booking agent for the 1970 follow-up.

“Dylan had fallen out with Grossman, but Bert Block had access to Dylan and gradually got more and more interested,” says Foulk. “What we found out soon afterwards was that there was another festival being planned in Dylan’s hometown, Woodstock, that summer in ’69.

“The idea was that it coaxed Dylan into coming out to play. Well, Dylan didn’t like this at all, he really resented it, and so it suited him to think of getting out of town to do his own Woodstock somewhere else - and he came to us.”

He adds: “We had about four or five days to raise guarantees for the money, which was extremely difficult, but we managed to get through by the skin of our teeth.”

“From our point of view it was a great success because there was no trouble, everybody seemed to enjoy it and we’d made some money,” says Foulk. “It was momentous, we had three Beatles there, Eric Clapton and Jane Fonda, all sorts of celebrities were rolling up to see Dylan thinking this would be the only time they might ever get to see him.”

Not everybody was on board however. The Isle Of Wight County Press, which boycotted the event, was scathing in its criticism, running scores of readers’ letters complaining of debauched behaviour.

“It caused a big divide on the island,” states Foulk. “It was a bit like Brexit in that you were either for or against it, but the split was probably well in our favour. Most people on the Isle Of Wight are ordinary working people and they thought it was great. But there was a vocal minority and the powers that be campaigned against us to stop us doing it again, so we spent the next year really battling to get the next one on, which was the big one.”

Foulk set out to find a new site for the event, which had outgrown its 1969 home. He eventually settled on an area in Afton Down, on the western side of the island.

“The site we found was a wonderful, but it had a big hillside alongside it,” laments Foulk. “Unfortunately, that provided a free grandstand for thousands of people.”

The line-up for the 1970 Isle Of Wight Festival reads like an A-Z of rock’n’roll royalty, starring legends such as Jimi Hendrix, The Who, The Doors, Joni Mitchell, Mile Davis, Kris Kristofferson, Emerson, Lake & Palmer, Jethro Tull, Richie Havens and Leonard Cohen.

“There were standing ovations everywhere,” remembers Foulk. “It was The Doors’ last major event, it was Hendrix’s last major event – he did a few concerts in Scandinavia in the following 18 days before he died.

“Tickets were £3 for the weekend and we were being accused of exploitation,” he chortles. “You look at that bill and think, ‘£3 for that lot!’ To put it into context, £3 was the price of a double album.”

On the contrary, having gone way over budget and fallen victim to the hillside freeloaders, the festival was a money loser, with the fervent opposition from the local authorities providing the final nail in the coffin. The festival was effectively banned by the introduction of the Isle Of Wight Act, which prohibited overnight gatherings of more than 5,000 without a special licence.

“The main audience discarded the whole hippy dream and went off to something more mainstream,” he says. “It’s a very interesting moment in rock history – the Woodstock generation of the year before was beginning to show signs of weariness. Most of our audience were not political but they were pilgrims to these great rock countercultural acts. Within a year or two, that was all gone.”

Continuing in live music promotion, the Foulks brought The Who to The Oval in 1971 and staged Wembley Stadium’s first rock event the following year, featuring the likes of Chuck Berry, Little Richard and Jerry Lee Lewis.

The brothers left the business after being headhunted to develop an indoor stadium project in the 1970s, but it is a little known fact that Foulk came close to reviving the Isle Of Wight Festival himself at the height of Britpop.

“Funnily enough in 1994 we actually managed to get a licence under the Isle Of Wight Act,” he reveals. “But by the time we got the licence it was too late, so we postponed it for a year.

“The following year we had agreements with Oasis and Blur, but we had the licence turned down because they didn’t like the date - we wanted the August Bank Holiday weekend again – and they were really trying to get us to do it out of season. We both dug our heels in and we were turned down, that was really sad.”

Foulk has written numerous books about the early festivals and credits John Giddings for learning from the mistakes of the past.

“They didn’t go in there all guns blazing like we did,” he concedes. “They started off very small and built it up over the years and, by the time of about the fifth year, John Giddings had got a really good festival going.

“I’m quite proud of the fact that it has been going all this time and feeling that we were the originators.”

Foulk’s only criticisms are reserved for the Isle Of Wight authorities.

“I feel resentful about the way they treated us over the years, both back in 1971 and then again in the mid ’90s,” he says. “My heart has always been in doing good things for the island and I think the festival scene has done a lot of good and could do a lot more.

“I believe that the Isle Of Wight could come good as a music island throughout the summer months and be a great scene for young people.”