'It feels like you're part of a very special family': Jo Whiley talks BBC Radio 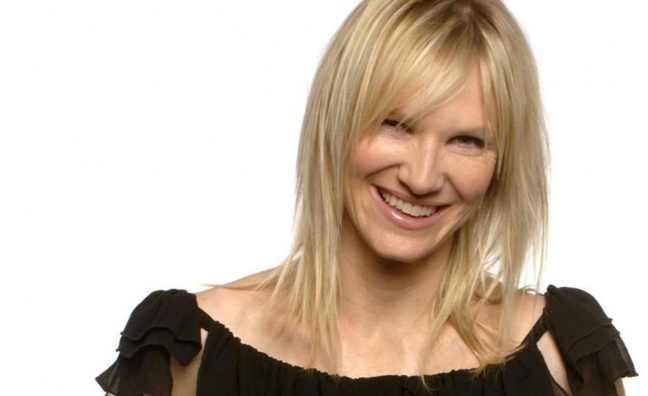 It may sound surprising now, but the teenage Jo Whiley didn’t even consider pursuing a career in radio.

“I didn’t even know it was a job,” she says, smiling at the memory of her undergraduate self, listening to Annie Nightingale’s Request Show on Sunday nights. “I really liked her taste and the way she spoke to the audience, you felt like you were part of her gang.”

Before long, Whiley would cultivate a gang of her own, arriving at BBC Radio 1 in the spring of 1993 after stints at BBC Radio Sussex, British Satellite Broadcasting and Channel 4, where she booked acts including Nirvana and Rage Against The Machine for The Word.

And that heady decade is where we begin, as Whiley guides us through her radio days...

When did working at Radio 1 first become a possibility?

“I didn’t know what I was going to do and had a crisis after university. One of my lecturers suggested BBC Radio Sussex, and I went there and it felt like coming home. I thought, ‘This is what I want to do for the rest of my life’. But Radio 1 didn’t come along until [head of music, BBC Radio 2, 6 Music] Jeff Smith, who used to produce Mark Goodier’s Evening Session, approached me while I was working at The Word. I didn’t think going there would be an option!”

Do you remember walking in for the first time?

“I can remember walking into reception and then up the corridors and seeing DJs that I had been listening to all my life, Simon Bates, Dave Lee Travis, Johnnie Walker, Fluff Freeman… I felt so overwhelmed, they just felt so famous. I kept pinching myself, and I felt like an imposter. I was in the studio once trying out and I put these headphones on and they were Dave Lee Travis’. They smelt of DLT, so I used to come home at night smelling of DLT!”

How did it feel to be given your own show?

“Being a big part of the BBC and being on the radio, it feels like you’re part of a really special family and I’m always really aware of that privilege. You’re sitting in a little studio, but reaching people all around the UK in different places and entering into their lives. It’s a really friendly place. Being at Radio 2 now, I’m working with a lot of people who used to be at Radio 1, so it feels like a family. It feels like I’ve been working with these people all my life.”

How has the transition been from Radio 1 to Radio 2?

“It just wasn’t a done thing at the time [2009]. Bob Shennan [director, BBC Radio and Music] phoned me and it was a huge decision, but at the same time it was just the obvious thing to do. It was such a gift and I was so lucky that it happened. Things have changed, attitudes and times have changed, but it was a natural step. And now it’s the thing that happens, if it works for both the networks. I’m still talking to the same audience, and a lot of the people I used to listen to at Radio 1 have graduated onto Radio 2 as well.”

What are the biggest changes you’ve noticed in your time at the BBC?

“Radio 1 and Radio 2 have adapted with the times and have a vital role in the music industry. We’ve had to get up to speed very quickly to be able to compete with streaming. The stations are still changing, with Radio 1 having younger DJs, the way they do their shows and the music that they play. Radio 2 is evolving as well. I think we’re very mindful, all the people who work at those stations are big music fans and they all have that passion. We’re all anoraks at heart. Everyone who works in radio is a complete geek and will do everything they can to make it relevant and exciting and creative and to still have a place in people’s lives. We’re just proper geeks really!”