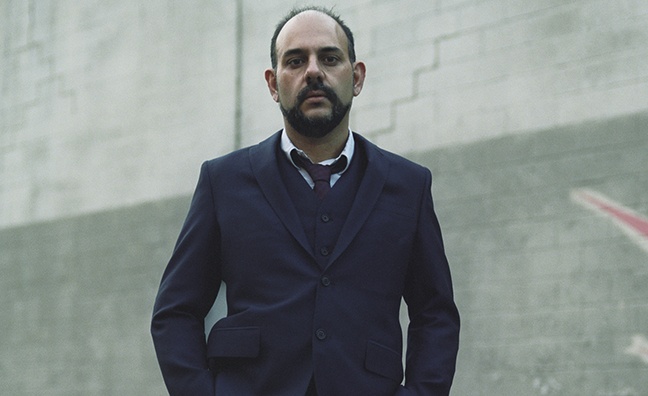 January 1996. Charlottesville, Virginia is blanketed in snow, in the midst of what’s now known as the North American Blizzard of ‘96. Somewhere downtown, Darius Van Arman is stranded in the assisted living centre where he works night shift as one of four odd jobs. He’s stranded for a few days, but the resulting overtime pay would change his life.

“My friend Adam Busch was in a band called The Curious Digit and he couldn’t find a label,” he says, sat in his distinctly warmer New York office, 21 years on. “I came home with the money and said, I can help you press the CD. I don’t know if I was thinking it would be a label.”

Over time, it would transpire that he was. Van Arman’s gesture to his friend – to release Bombay Aloo as JAG001 - kickstarted a process that would turn the moustachioed Pennsylvania native into one of the independent sector’s key players. A board member at A2IM, SoundExchange, Worldwide Independent Network and Merlin, Van Arman is co-owner of Secretly Group, the Indiana-based label family encompassing Jagjaguwar, Secretly Canadian, Dead Oceans and The Numero Group. But let’s get back to how he got here.

“I worked at a record store too,” he remembers, “I put the CD in the listening station there and a band called Drunk, from Richmond, Virginia, reached out.” Van Arman, who also promoted shows in the area, heard their music, got them a gig and said, Yes, I’ll help you out. “That was the second Jagjaguwar artist and I thought, If you have more than one release, then you’re a label. It was something more than just helping a friend.”

Even so, he maintains that his initial idea was not to start a label. “It was very accidental. It was always about trying to help people around me who I was inspired by, not having a long-term ambition. I mean, the name came from a Dungeons & Dragons character name generating programme,” he says, backing up his point.

But still, Jagjaguwar gathered momentum. Another friend of Van Arman’s, David Berman of Silver Jews, advised him to send a Drunk CD to Jennifer Nine at the Melody Maker. Some weeks later, a cheque turned up from Cargo Records, who placed an order for 50 CDs based on Nine’s review in the paper. Only then, Van Arman says, did things click: “I thought, This could be a business.” Then came “baby steps”. It was a case of “How do you put out this CD? How do you sell it? How do you get reviews? It was very incremental.”

Van Arman, who was still “in denial” about wanting to drop out of his maths degree, started with what he knew. “The first signings were all Virginia-based, so location was important in that sense,” he says. “But I don’t know that the initial releases had anything to do with a specific sound or scene, they were just musicians who wanted to make challenging music but weren’t really looking to be part of something locally-focused.”

A lot of them, he adds, referring to The Curious Digit, Drunk, Stigma Rock Unit, South and The Union Of A Man And A Woman, “looked up to artists from Chicago and labels like Merge or Dischord or Drag City. They had a commonality in that they wanted to push the boundaries.” He says that commitment to progressive thinking was the only thing that united his early signings, hypothesising that the label “could have started anywhere”.

He’s glad it was Charlottesville, though, chiefly because the distance from bigger alternative music scenes meant it could “grow organically, without feeling the need to chase anything”. And grow it did. By 1998, Van Arman, who was still holding down various different jobs, was spinning a few plates too many. He talked extensively with Chris Swanson, co-owner of the Bloomington-based Secretly Canadian, whose distribution company helped transport Jagjaguwar releases. They shared expertise, with conversations revolving around their labels and passion for artists. “I kept imagining a world where I wasn’t spread so thinly trying to make ends meet,” Van Arman remembers. “Then Chris said, Why don’t we join forces? There was something very appealing about a physical move, it was time to focus on business.”

For us, success is increasing our capacity to do good things in the world

Van Arman moved to Bloomington in 1999, and remembers “scrappy” beginnings. Advertising was kept to a minimum, publicity was done in-house and he was known to raid the university library for recycled paper to print bios. Slowly but surely, now in tandem with Secretly Canadian, Jagjaguwar kept expanding, despite “a lot of insecurity”. Van Arman recalls asking himself, Is this viable? more than once. “We did things in such a bare bones way, always sustainable,” he says, explaining that they made and distributed CDs for other indies and artists in need, with Secretly’s office acting as a hub. “We did these things to create opportunity to be a business.”

Antony And The Johnsons, Black Mountain and Okkervil River brought international recognition and a jump in sales across both labels from 15-25,000 records a year to 100,000. Secretly also distributed Sufjan Stevens who, Van Arman says, “was emerging as a very special voice”. All this led to Jagjaguwar breaking out of its “Midwest bubble” and the realisation that Van Arman was “building something that could be around for a while”.

Then in 2007, Dead Oceans joined the party, run by Phil Waldorf, former manager of Misra Records. His idea was to create a label where “things fit together but don’t necessarily make sense” defined by “excitement about bold music”. Waldorf believes the three labels complement each other perfectly, with his interests in marketing and artist development dovetailing with Swanson’s in A&R, accounting and finances, Van Arman’s in business and Secretly Canadian co-founder Ben Swanson’s in technology. “That’s how you run a strong company,” he says. “You let talented people excel. I think it starts at the top with us, and bleeds down.”

Former XL Recordings A&R director Hannah Overton joined as Secretly Group general manager in 2012 as part of a global expansion. Overton has spent five years building “a diverse, brilliant team” to work across all four labels (Chicago-based reissuer Numero Group joined up in 2013) in what she believes is an “exciting group up there with the best”. “I put very strong emphasis on a diverse team, it brings a unique creative energy,” she says.

“We want our artists to reach a broad section of society. Unless your creative team is made up of a range of backgrounds you’re not going to be able to do that. I’m really proud to say that we have a 50/50 gender split in our European office. We have people from many different backgrounds and will continue that quest as we hire in future.”

Overton’s point about atmosphere is accurate: climb the steep staircase and step into Secretly Group’s London HQ and the buzz is tangible. When Music Week visits, grime blares from the speakers and new Jagjaguwar signing Moses Sumney is making tea. Part of Overton’s team is European marketing director Tom Davies, who’s been affiliated with Jagjaguwar for a decade. He steered last year’s international, mural-led campaign for Bon Iver’s No.2 album, 22, A Million and identifies “real authenticity and commitment” as the “thread that runs through each label”.

He cites The War On Drugs’ 2014 classic Lost In The Dream (121,257 sales to date, according to the Official Charts Company) as an example. “It was three albums before they really took off,” he says. “Very few of our bigger successes have been debuts, we stick with artists and that’s exciting. Then, when you get that first gold record you think, We know how to do this.”

Davies believes that Secretly Distribution allows for a “fantastic structure for our business and artists”. He describes it as “transparent and holisitic”, adding that the absence of third parties eases the process for Secretly acts. Overton returns to boundary-pushing, saying Jagjaguwar and its sister labels “want to work with unique artists that are leaders of their scenes”.

Turning towards the future, she believes the company can continue to excel because “people want great art and will spend money on it”. She advocates support of streaming, rejecting windowing and embracing transparency. Although slightly concerned that the developing streaming economy could make life harder for more challenging artists, Van Arman is equally optimistic. “For us, success is increasing our capacity to do good things in the world, whether that’s releasing important records, making cultural impact, being profitable or supporting artists,” he says.

“Looking at where we are now,I feel we have much greater capacity to do that. We have a really good track record of finding those special voices that don’t sound like anything else that contribute to the broadening of culture.” One of the latest is Moses Sumney. Let’s leave it to him to sum up just what makes this label so special: “I needed a vehicle for my stranger ideas. And I got it, without having to sacrifice anything. That’s really cool.”