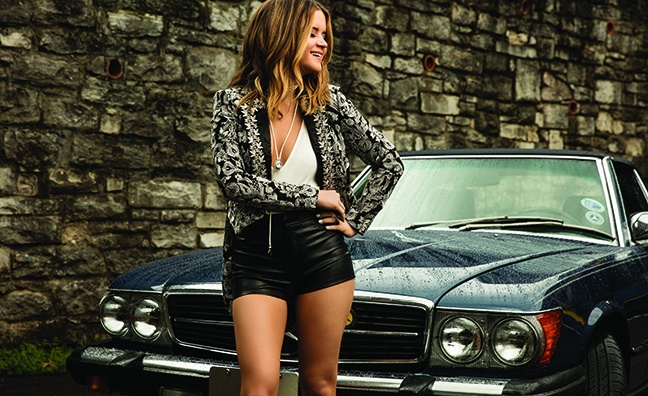 Time, or rather the experience of it, has all but come undone for Maren Morris. Just one year ago, the 26-year-old singer-songwriter was following her showcase set at Country 2 Country festival with an intimate performance at London’s Borderline.

“It seems like it was 10 years ago,” she laughs. “I’ve fitted so much into the past year, I don’t know what else I could have done. I went to London, I heard my song on the radio for the first time, I won a CMA, a Grammy, I got to play SNL, release my first album to the world on a major stage and did my first tour. My past decade of performing cultivated into a very large storm.”

As this is by no means a comprehensive list of her achievements in the past 12 months, it is perhaps understandable that Morris is taking a moment to decompress at her Nashville home when she speaks to Music Week.

A warm, soft-spoken and extremely humble interviewee, her voice notably brightens as she recalls how, just a week ago, she was performing onstage at the Grammys (of which she was nominated for four) with Alicia Keys.

That wasn’t even the most surreal moment. Morris was sat beside her date for the evening – her mum – when her name was called out as the winner of the Best Country Solo Performance.

“I was in categories with my peers and legends like Keith Urban and Loretta Lynn,” she recalls. “I was just there having a good time... when they called my name it was really the cherry on top of an amazing day.”

The more you learn about Morris’ pretzel-shaped journey towards fame, the more amazing it becomes.
Growing up in Texas, and reared on everything from country mainstays like Dolly Parton, Sheryl Crow, Shania Twain and Johnny Cash, as well as the Spice Girls and The Cardigans, Morris’ dreams of a life in music started early.

Her first album, Walk On, was self-released in 2005 when she was just 14. By the time she was 20 she had recorded another two, and toured hard without reaping the benefits. It took its toll.

“It sounds very world weary and downtrodden to say – I was burned out at 20 years old from touring,” sighs Morris, “I’d been doing it since I was 10.”

Looking for another route, she tried reality TV. It was there that Morris – the future Grammy winner – was rejected, first by American Idol when she was 17, and later on by The Voice.

“I think that was another nail in the coffin of me not being an artist anymore,” she reflects. “It sounds so dramatic to say that, but at the time it was like, OK if I can’t make it on these shows and I’ve been touring and singing for this long, then maybe the universe is telling me I need to find a different path.”

And so, aged 22, Morris left Texas and moved to Nashville to become a songwriter. It was there her career would finally start to take off. Country superstar Tim McGraw was the first to capitalise on her talents as a wordsmith, singing her song Last Turn Home in 2014.

The Brothers Osborne and Kelly Clarkson would follow suit. Despite this success, her inner-artist lay dormant. It wasn’t until Morris wrote a rousing song about the therapeutic power of music – as experienced via a car stereo – called My Church that the urge to give it another shot became undeniable.

“I had this pain in my stomach thinking of anyone else recording it,” she remembers. “That was a huge light bulb moment for me because I was like, OK, I really need to be protective of the songs I write. From My Church on, a switch just flipped.”

Surely, Morris owes her instincts a drink or 50,000. The song in question changed her life. Not only did it win a Grammy, the track – which has racked up 24,817,245 views on YouTube – also set up her major label debut, Hero. It was all part of the plan.

“The release happened exactly as we envisioned from the beginning,” says Morris’ manager Janet Weir of Red Light Management.

“It was all very clear to us, even before a label was on-board. Maren had the bulk of the songs written before signing with Sony, and we self-released an EP on Spotify before signing the deal. The songs reacted on Spotify in a big way which was the perfect set-up to get our plans in motion.”

Hero was released in June 2016 and debuted at No. 1 in the country charts, shifting 37,000 copies in its first week. According to Official Charts Company data, the album has sold 6,679 copies to date in the UK.

It also garnered excellent reviews, coming in at No. 13 in Rolling Stone’s Top 50 Albums Of 2016 poll.

“It was crazy to see it debut at one,” she says. “I think the mentality of a new artist – especially a new female artist – is that you can’t have both critical and commercial success.

For a new artist, it seems like you have one or the other. It’s been a really interesting year seeing things coming to fruition. I’m so thankful.”

It is highly likely that Morris will have a lot to be grateful for in 2017, too. Next on her schedule is her her return to C2C, and festival director Milly Olykan knows exactly why she’s asked her back this year.

“I came across her when I was over for the CMAs in November a year and a bit ago, I visited [Sony Music Nashville chairman/CEO] Randy Goodman and he played me My Church in the office.

I was instantly like, I’m getting her!” she recalls. “She basically showcased last year, and then she’s got a foothold, an audience – she’s an arena act now.

She’s back because she’s more than deserving of a place on that main stage.”

“The loyalty and passion UK listeners have for country is powerful,” she says. “I’ll never forget I did two songs acoustic at The O2 while they were changing over the main stage, that was the first time I ever heard a crowd that big singing My Church back to me. It was a really emotional moment.”

Morris’ career has been accelerating ever since.

“If I’d told myself I’d have been doing all of these things in a very short year, I wouldn’t have believed it.” she says.

“There’s no real graceful transition between being a Nashville songwriter and an artist that’s had one of the craziest years of my life. I’ve learned a lot about being a businesswoman and the CEO of myself, and pushed myself to the limit.

Still, with that said, it seems an extremely safe bet to say that we haven’t seen anything yet.