On The Radar 2018: Meet Catherine McGrath 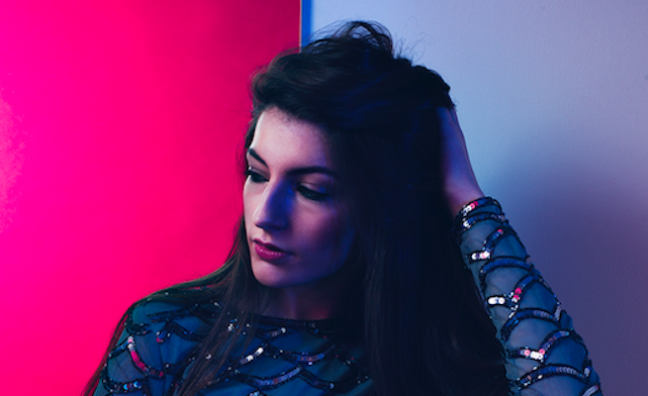 Label boss Phil Christie has described her as a "legitimate country music star in the making". Here, Catherine McGrath talks about her hopes and plans for the year ahead...

“Yeah, I can’t wait. My first headline show is at Camden Assembly, it went on sale and I was terrified nobody was going to buy tickets - and then it sold out in a day! I have a good feeling about 2018... I get to finally release my album, do my headline shows and properly show people who I am. I can show everyone all my songs and everything they haven’t seen yet that I’ve been working on. This year’s the time when I can properly be me.”

You often explain your songs in detail on stage…

“Yeah, I just love the storytelling element, and I love when my songs are really real to me, situations you couldn’t make up. Telling people the story behind them and how I make them is a huge part of who I am as an artist. I just really love lyrics and storytelling.”

Which are both strong aspects of country music…

“Definitely, I think my music is a blend of country and pop. But country music is so much about storytelling and lyrics and I think the pop comes through in the production. That’s why I fell in love with country music, because of the lyrics and everything felt so real. I hope other people can see that as well.”

Country music is getting bigger and bigger

What’s it like to be signed to Warner Bros?

“I really like it. I moved to London a few years back, and then I started writing songs and properly started getting into it. To be here two years later and see everything that’s happened and be ready to release an album is something I’ve always wanted but could never picture it happening. I never thought I’d be here, honestly I didn’t.”

What’s the best thing they’ve done for you?

“Nobody was doing this kind of music in the UK and I went to play a few songs for Phil Christie, just with a little guitar. Where I’m from in Northern Ireland, no one knew what country was and it still really feels like an up-and-coming thing. "He just immediately loved it and said, ‘Yeah, we’re going to do this.’ The confidence he and everyone else at the label had, not being afraid about things like, ‘Oh country’s not cool’ or, ‘Nobody else is doing it, so it won’t work’. They immediately loved it and wanted to push it. Country music is getting bigger and bigger.”

You’ve been compared to Taylor Swift; do you have any ambition to follow her path?

“I actually really love being compared to her because that’s the reason I got into country music. In her interviews, Taylor introduced me to artists like Rascal Flatts and Carrie Underwood. I already knew about people like Katy Perry and Justin Bieber, so it was a mix of all those artists that influenced who I am now. It’s interesting to see how she’s developed, but I really love her older sound. I couldn’t see myself doing anything as poppy as Taylor Swift is now, but we’ll see what happens… I actually met her after her show in Dublin but didn’t really say much, I was very star-struck!”

What challenges do new artists face?

“The hardest thing for me was moving away from home. A scary thing, but also a really fun thing, is that every day you’re around completely new people. To write songs with people you have to be comfortable to fill them in on who you are. It’s being around strangers a lot and not having something consistent in your life, but it’s very exciting and I love it. At some point I was going to have to move away from my family and the tiny town I’ve lived in forever. I’m exactly where I want to be.”

“Catherine is a legitimate country music star in the making and her style is refreshingly unique. Her appeal is as broad as her talent for writing and singing world class pop songs, and that’s why she stands out from the crowd.”