Rebecca Ferguson: "I've had to fight for respect" 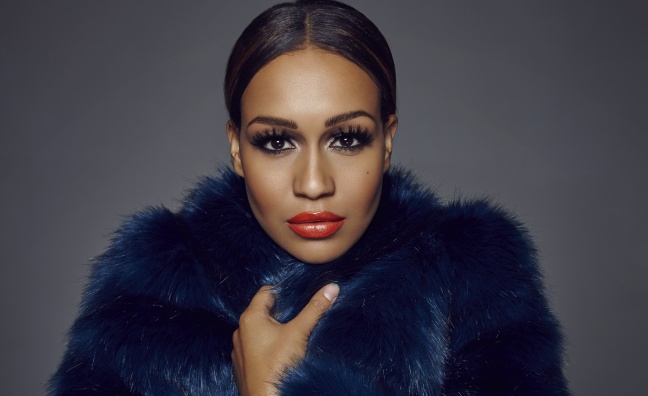 After six years in the music business, the title of Rebecca Ferguson’s new album serves as a reminder of just how far the singer has come.

The 30-year-old overcame crippling confidence issues to develop into a performer worthy of her vocal abilities, while emerging from numerous personal troubles, in her own words, “stronger, happier and more fearless than ever before”.

Ferguson has channeled those trials and tribulations into her fourth LP, Superwoman. Dubbed her “most personal album ever”, it is released via RCA/Sony on October 14. Bones, the album’s first single, impacts October 7.

“[The title track] is actually about accepting that you’re imperfect, that sometimes you mess up and don’t always get it right,” Ferguson tells Music Week.

Superwoman’s about that really. The album’s theme is about a relationship that broke down and recognising I made a bad choice, but I’ve grown from it and hopefully written a good album about it.”

After 2015’s Lady Sing The Blues, which saw Ferguson reinterpret the classics of Billie Holiday, Superwoman sees her return to a more mainstream sound.

“Lady Sings The Blues bridged the gap between [2013’s] Freedom and this album. It worked for what it was and it charted well, but I’m glad to be back doing what I love, which is writing my own music.”

“In this climate that’s a blessing, because it’s very hard to get that [more traditional record-buying] audience,” notes Ferguson. “I’m really lucky.”

The Liverpudlian was sued for breach of contract following an acrimonious split with Modest Management in 2012. The dispute was settled the following year and, while unable to discuss the case, it is clear Ferguson has put the matter behind her.

“I don’t believe in holding grudges,” she stresses. “It’s a Scouse thing - if you have a disagreement, you have it out and then it’s done with. You see each other in the pub or whatever and shake hands, and the issue’s completely gone.”

Professor Jonathan Shalit OBE, of ROAR Global, has since taken over management duties and is effusive in his praise of the star.

The admiration is mutual. “I love him!,” beams Ferguson. “It took a while for me to find a manager that I really love and I think being a Scouse girl, we’re quite strong-headed and independent, we take no messing and the good thing about Jonathan is he gets me and lets me be me. He respects me as an artist and that’s why it works.”

“Superwoman takes her very much back to the genre of music where she sold hundreds of thousands of albums,” he points out.

Ferguson has nothing but positive things to say about her relationship with RCA, particularly the label’s president Colin Barlow. “He’s always supported me,” she notes.

“You hear so many horror stories about record labels, but I feel very lucky so far. I’ve had an amazing team and I get on well with them.”

Shalit believes his client, who heads out on a UK tour next month, has never quite received the credit she deserves for her achievements - most likely due to the “double-edged sword” of being a former X Factor contestant.

Ferguson was runner-up in the 2010 series, won by Matt Cardle, beating future global phenomenon One Direction into third place.

“X Factor is amazing, it gives incredible platforms to artists. But at the same time, it does bracket you in an unfair way,” suggests Shalit.

“Sometimes people don’t take an artist as seriously as they should because they competed in X Factor. Well, the truth is, Rebecca was a Liverpool housewife, with no connections and no idea or knowledge of how to get a record deal.

“X Factor gave Rebecca a career that she wouldn’t have otherwise had. We are now six years on and you wouldn’t be signed to Sony/RCA six years on unless you’re an awesome talent.”

“I do feel like over the years I’ve had to fight for respect in the industry - maybe it’s because I’m a bit of a kick off,” laughs Ferguson, mischievously.

“But I’d like to think, fourth album in, that I’ve established myself. Other than Lady Sing The Blues, I’ve written every single one of my albums, so hopefully by now people recognise me as an artist, not just that shy girl they’ve seen on TV.”