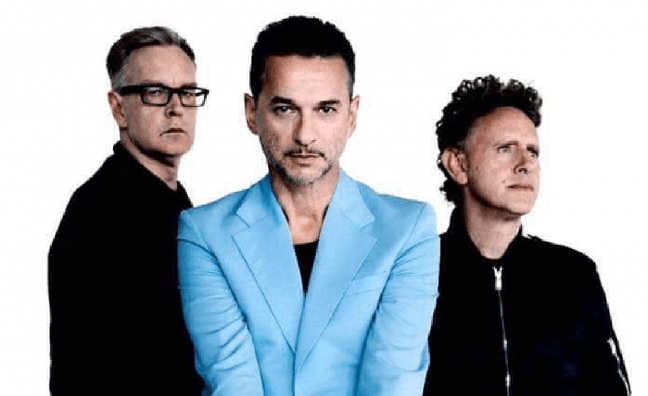 Very few bands can still find ways of challenging themselves after more than 100 million album sales and 35 years in the game. But then, Depeche Mode are no ordinary band.

Despite the famously turbulent relationship between the band’s creative driving force, Martin Gore, and snake-hipped vocalist Dave Gahan – Music Week is speaking to each separately in the resplendent environs of Milan’s Four Seasons hotel - the line-up, which also includes synth/keys player Andy ‘Fletch’ Fletcher, has not only weathered the past three-and-a-half decades but almost unwaveringly balanced multi-million selling records with consistent critical acclaim.

Their last album, 2013’s Delta Machine, reached No.2 in the UK albums chart and has sold 68,437 copies to date, according to the Official Charts Company.

Next year sees the band set out on tour once again, in support of new album Spirit. The tour will see them grace stadiums across the continent, including the London Stadium, marking their first UK stadium show since 1993, when they headlined at Crystal Palace National Sports Centre.

“It’s the right time in our career to make that step up,” Gore tells Music Week. “We’ve played stadiums all across Europe, and it seemed a great shame we don’t do it in our home country, so it’s worth the risk to make that move.”

For Gore, the thrill of performing live remains strong as ever, despite decades of touring and fractious
inter-band relations.

“We’re all excited about it,” he continues. “We’ve all been writing songs and recording, and you’re quite isolated when you’re doing that.

It’s great going out on stage in front of tens of thousands of people and having them sing every word. You couldn’t dream of anything more.”

One of the biggest changes the band has seen affect the live industry during their career is the rise of secondary ticketing; an issue that has grown from a few individuals flogging tickets outside the venue to an industrial-scale digital operation.

“It is a massive problem, and one that’s very difficult to control,” Gore says. “I was shocked when my wife was trying to buy a ticket for a friend for Adele in America.

"We were looking at the prices and for a half-decent seat it was $700. But what do you do? The one thing we can do to take it away from the touts is to try and keep those tickets ourselves. Does that solve the problem?

"It stops the touts making the money, so maybe it helps the fans a little.”

While Gore is reluctant to talk too much about the as-yet-unfinished new album, Gahan is far more forthcoming.

The singer cites the James Ford-produced Spirit as a creative high point for Depeche Mode, and the writing and recording process as one of their most challenging to date.

“We’re pretty much finished apart from the track order, but we’ve finally agreed on the songs that will be on the record,” Gahan explains.

“Depeche Mode records are a prickly experience, but that’s what makes it interesting,” he continues. “We’re different people; we like different things and the difficult part is, we don’t talk about it.

"James made Mart and I face each other and talk some stuff out. He sat there and refereed. It was quite difficult and emotional. But we cleared the air.”

The resulting album may well be something that surprises both fans and detractors.

“James said, I’m trying to make a record that would appeal to someone that’s maybe not a Depeche mode fan,” Gahan says.

“I’m making my first record with you, so I want to say, Hey, maybe there are people out there who’d written you off.”

As talk turns to the future, Gahan suggests that every new project feels as though it could be their last. And, if Spirit does prove to be their last hurrah, he believes it would be a fitting way to bow out.

“It is a special album,” he declares. “If this was the last one we made, I’d be pretty happy. The good ones are always harder to make: Songs Of Faith And Devotion, Music For The Masses.

"What I learnt on this record is that it was definitely worth showing up for, even if my gut feeling was, What the fuck am I doing here?

"I don’t need to do this anymore. But there was a bigger voice inside my head going, Actually, I think you do.”