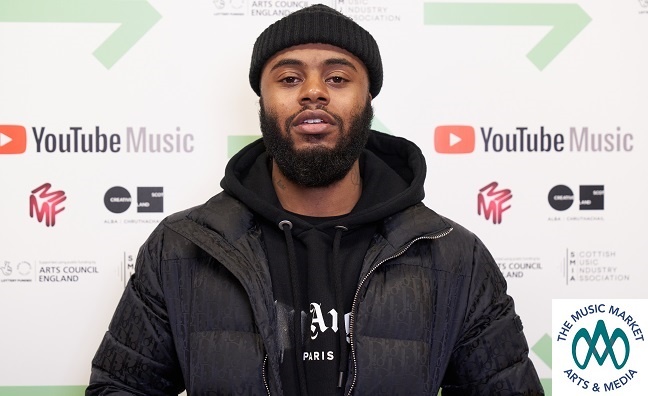 The biz's brightest new talents tell their stories. This week it's the turn of Ashley Perry, co-founder, Ozone Music and director, Blueprint Management.

How did you get started in music?

“I started out in 2013 with me supporting Nafe Smallz as his older cousin and trying to help where I could when he was shooting a video. A year later, I stepped into the role as a manager. After a few releases, Nafe was approached by a manager of a well-known act. We deliberated and chose not to take up the offer, it was at that time I felt it became my responsibility to represent Nafe officially as manager.”

Who were your icons growing up?

“My music icons growing up and still to this day are Diddy and Jay-Z. What they have accomplished is very inspiring and what they did for hip-hop is revolutionary. Diddy shows us his skills as a visionary and Jay-Z along with Roc-A-Fella teaches us about ownership. It feels right now we are in a new time and the opportunity for pioneers to come in is real. Artists and managers can take ownership and take the lead in what they want to achieve.”

What’s been the best moment so far?

“Nafe’s Fire In The Booth for BBC Radio 1Xtra’s Charlie Sloth show, which led to the station’s Hot For 2020 tip. It was one of our first opportunities to go and showcase Nafe’s uniqueness on a big platform. Fire In The Booth is where artists go to and spit bars, and Nafe came with his whole different approach. He stayed true to himself and his sound; that particular style wasn’t getting recognition in the UK. He is now a pioneer for this melodic rap style that is growing rapidly.”

And the biggest challenge?

“Not being from London and trying to come into the scene with a new sound was tough at the beginning. Not many people understood the vision and we got very little industry support, which was disheartening at times. There’s beauty in the challenges you face, though. It led us to remain independent and prove our value. I would say it’s paying off now with me being successful in joining the MMF and YouTube Music’s Accelerator Programme. There is little support out there for aspiring managers, so I’d recommend becoming a member of the MMF which is a great hub for managers building their businesses.”

What’s your vision for your career?

“My vision is to play my part along with my team, in changing the model of the music business by using our experiences to inspire up and coming artists to remain independent. Our journey has taught us to focus on long-term goals rather than short-term gains to become an established artist.”