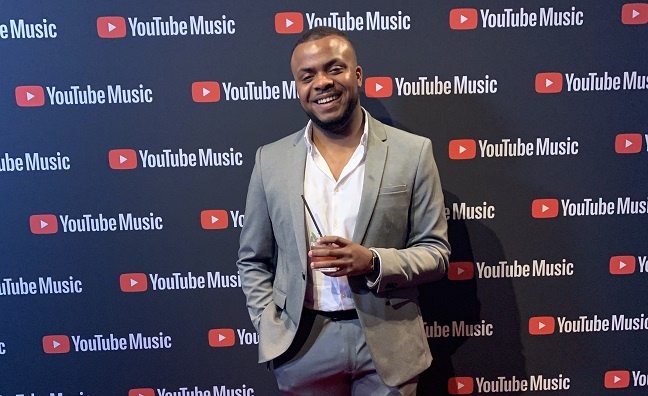 What made you choose music?

“I’ve always loved music. I grew up in the choir, my dad plays the drums and I play drums and keyboards. After studying theatre sound at the Royal School Of Speech And Drama, I was stuck on what I really wanted to do. So I moved back home and during that time my mum found an advert on Facebook for a course at Notting Hill Music Academy for A&R, thanks mum! On the course I was constantly going to studios and meeting artists.”

How did you get to Island?

“When I was studying A&R, I met the label manager from Relentless who then introduced me to [A&R] Adele White. She liked how connected I was to the culture via a party I co-founded called Recess, among other things, and she kept me on for work experience. When Adele moved on to Island, she employed me as a scout in 2018 and I scouted Unknown T & M Huncho. We went to a gig by another artist and funnily enough Unknown T happened to be performing too. This was way before Homerton B came out, but I liked him regardless. He came to the office the next day and the rest is history.”

Why is new music exciting now?

“Now that the new generation has had drill and Afroswing, we are on the cusp of a new sound and a lot of people are experimenting. With that, we have a lot of new young executives coming through who can take control. The UK is gradually crossing over to America via drill music, most of the hottest drill rappers in New York use UK producers. I recently signed a song from New York called Local Scammer performed by G4 Boyz featuring a new talent from London named G4Choppa. It’s moves like this that will help bridge this gap between us and the US!”

How can new talent break through?

“It sounds clichéd, but with good music. You can be from whatever country, look however you look, but as long as you can make a good song just DM me! [Laughs]. That said, don’t force it! Don’t try and be different, be yourself. Music is spiritual and not to be played with. I’ve travelled the world for talent, you have to be dedicated, humble, hungry and 100% sure you want to be an artist. I say this because this usually comes with sacrificing time.”

“Music can drive you crazy, so create a solid foundation. Once the dust has settled, you only have your friends and family left.”