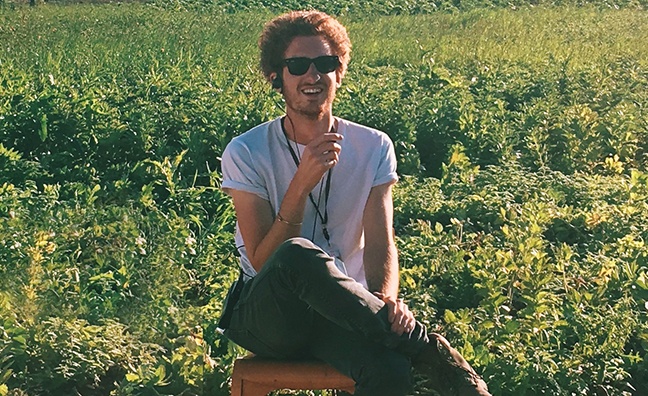 The biz's brightest new talents tell their stories. This time it's the turn manager Josh Sanger, founder of Barn On The Farm and manager at Closer Artists

How did you break into the industry?

I moved to London at 19 and naïvely decided to create a music festival called Barn On The Farm and, if I’m being honest, had no idea what I was doing, I just loved music. I was tired of the bog standard gigs so tried to build a space for music to have a real connection. The first year was messy, but just about worked out and I’d managed to coax Ed Sheeran and Ben Howard into headlining year two. There was no looking back after that – James Bay, George Ezra, Rag‘N’Bone Man, Sam Fender, Grace Carter, Mahalia, Freya Ridings and many more have graced the stages. Thankfully, about five or six years later Paul McDonald and Ryan Lofthouse at Closer Artists took a punt on me. I now work day to day on George Ezra, and I co-manage Lily Moore who is signed to Closer Recordings via Virgin EMI. 2019 is going to be very exciting for her.

What is your proudest achievement so far?

George Ezra’s recent campaign has been phenomenal to be a part of. There is an overwhelming belief from the full team in George, his music, his vision and their own ability to deliver. George is a ridiculous talent. He’s always stepping outside of the box and doing his own thing, which has seen us create the podcast George Ezra & Friends. My proudest moments have to be his album Staying at Tamara’s and single Shotgun going to No.1. It’s hard not to look back on last year with a cheeky grin. Also, Barn On The Farm winning Best Grassroots Festival at the UK Festival Awards 2018 was pretty sensational. I’m surprised we survived the aftermath of that night.

How do you balance management and the festival?

Management is pretty all encompassing, so it can eat into most of the day every day, but I try to work nights on the festival. The balance is mad in the build up to summer, but I see them both as feeding into one another rather than separate entities. It’s become a brilliant way to showcase the artists we’re working with or those that I have a massive appreciation for. I feel it’s important for me to keep creating outside of what I’m currently doing. I used to direct music videos and also co-created an immersive music event a couple of years ago. Let’s see what happens next.

What is your ultimate music biz ambition?

To be working with authentic talent for as long as I can. We all want to be managing the next Ed Sheeran or Adele and wouldn’t mind being owner of the next Glastonbury, right? Small ambitions...

JOSH’S RECOMMENDED TRACK: Lily Moore – I Will Never Be