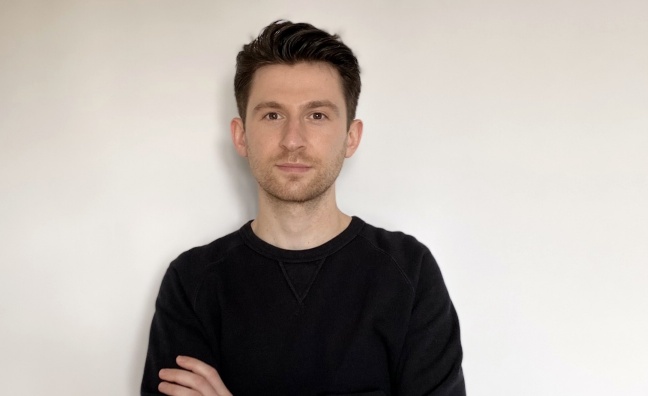 Our latest Rising Star is Atlantic Records publicist Josh Moss, who's recently been working on Maisie Peters' debut album You Signed Up For This and more. Here, we talk music PR, assess the impact of the pandemic on the sector and how the press will always be crucial to breaking acts...

Where does music PR stand in 2021, after the pandemic?
“Although we’ve sadly seen many great platforms either close or downsize – which has made it increasingly harder to cut through – we’ve also seen a lot of great innovation. While we were all locked down, there were so many digital initiatives launched that I hope will continue and evolve. Music will always be one of the best forms of escapism and the pandemic highlighted its importance to so many of us. As long as there are artists, music, and great stories to tell, PR will always be an integral part of a campaign.”

Why did you want to get into PR and what’s the journey been like to get where you are?
“Music has always been my number one passion and from as early as I can remember, it was a dream of mine to work in the industry in some capacity. I studied media and communications at Goldsmiths which opened my eyes to the world of PR. After graduating, I applied for as many roles as I could, eventually securing an internship at HJPR. It was only meant to last six weeks but Simon (Jones) and Jonathan (Hackford) took a chance on me, turning the internship in to a full-time job which lasted two years until they parted ways. I did some freelance work and then landed a job at LD Communications for a few years, until joining Atlantic where I’ve been for almost three years now.”

Social media isn’t a threat to a great campaign

Name your two favourite campaigns, one you’ve worked on and one you haven’t.
“As a kid who grew up in the ’90s and early ’00s when pop music was at its peak, working with Ava Max has been really fun. She constantly delivers great pop songs and visuals that are reminiscent of those times, but with a modern twist. Seeing her land the UK’s highest charting female debut album of last year was really gratifying. One of my favourites that I didn’t work on was Kylie’s Disco campaign. It was really considered, and impressive seeing her in outlets you wouldn’t expect, like Crack Magazine.”

How important is PR to breaking acts?
“It’s crucial. Most of the time an artist’s first introduction to media is via press. Early PR looks and tips can sway the opinion of tastemakers across the industry. Social media isn’t a threat to a great campaign, if anything it’s complementary. Many outlets now use their channels as a medium for press opportunities, with things like Instagram Lives and digital zines, whereas historically, you may have been limited to a page in a magazine. Also, building a strong fanbase has always been important and this is the way it is in the digital age. A good publicist has to be flexible and willing to understand how collaboration can be beneficial.”

Finally, what’s your advice to new artists on how to handle the press?
“Have an understanding of who you are, it can be challenging for media to get to know someone who doesn’t know themselves. Also, don’t be afraid of press, it’s a wonderful vehicle to tell your story, and finding fans within the media early on can be extremely beneficial in the long run.”