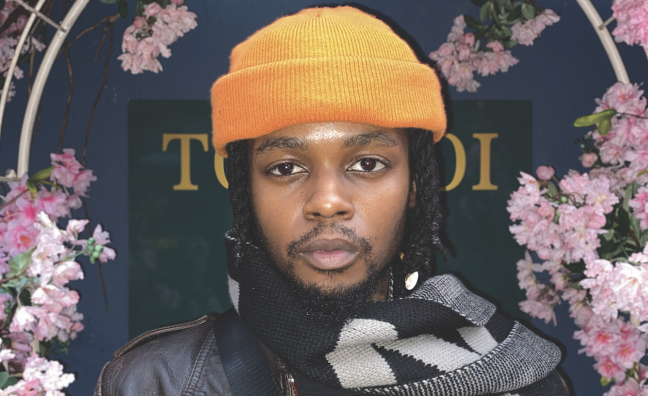 Why did you want to work in music?

“Growing up on the other side of the planet – South Africa – and still being touched by the impact of hip-hop spoke to me. Hip-hop became my football. I was analysing camps like Roc-A-Fella and G-Unit for fun. It fascinated me, not just the artists, but the figures who orchestrated all that we fell in love with holistically. Working in music became a manifestation of my childhood dream, so after doing stage management in theatre, I gave it my all.”

What is the most rewarding aspect of your job?

“Witnessing the artist’s vision coming to life. Knowing that ideas around a campaign came from paper, or even a WhatsApp message, to become something tangible. Being a part of that process is second to none. Working with a power team of creatives and individuals who work tirelessly to contribute to the vision has its own thrill. There is no better feeling than a campaign launch.”

What is the biggest lesson you’ve learned in your career so far?

“Stay ready and adapt. Coming up with what seems to be the ‘ultimate’ plan and executing it is only two-thirds of the job. How we react to the reception of that plan is just as crucial.”

How does the music industry need to change?

“It’s gradually starting to happen as we speak. Sadly, that change had to be enforced through the hand of frustration brewed by a lack of representation, inequality and confronting an aged model that never valued the interests of the people whose culture brings profit year on year. But change is happening now. We’ve identified the issues around the music industry. Now it’s time to act. In the midst of that, the issue of mental health in the industry is something we cannot overlook, too.”

What is your ultimate ambition?

“Continuing to use my skills to create opportunities that empower those around me. The mission always stemmed from creating an agency that collaborates, showcases and develops artists of different disciplines. Also contributing to bridging the gap between the UK and the world. Right now, the UK scene is on fire, but we’ve only seen the tip of the iceberg. There’s more greatness to present.”

“South Africa’s music scene is explosive, it’s only a matter of time before the masses get a taste. I’d love to play part in the development of my home scene!”