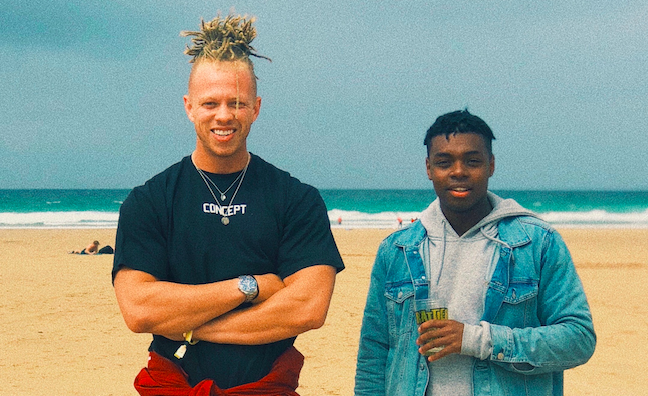 How did you break into the industry?

We were running club nights at Cambridge University. We met there, and felt that it didn’t have a night that represented and played the music we loved and had grown up with. The club we used only had a capacity of 300, but it meant the absolute world to us. We started to attract locals and students from Anglia Ruskin University as well and at the end of the year we threw a garden party for everyone. We named the party Strawberries & Creem as our club nights had been called Creem, and it all took off from there.

Why did you choose to start a festival?

We didn’t really! The cool thing about Strawberries & Creem has always been its organic growth. The club night naturally turned into a garden party, and it was only in our second year when we managed to book Skepta we started to think seriously about a festival. At that point we felt we were onto something with the brand, bringing an eclectic mix of credible music, contrasting the new with the old, and we chose to run with it.

What’s the best part of the job?

Probably the seven days before and after the festival, which include the building and deconstruction of the site, and of course the day itself. We work on the event six days a week for 10 months of the year, so that two-week period where we get to witness all the hard work come to fruition is pretty special. The day itself is a combination of the most exciting and most stressful experiences you could have, and we spend the following week debriefing and catching breath whilst we take down the site. It’s an intense period, but it’s our favourite time of the year without a doubt.

What’s the biggest mistake you’ve made and how did you recover?

How long do we have? As a company we are proudly independent, with an average age of 25, and so have been learning a lot from scratch. Our biggest mistake was probably last year, where we overstretched ourselves by running some additional events alongside the main festival. The ideas we had were very promising, but as a team of only six – the majority of us had other full time jobs – we were spread too thinly. We have decided to stick to two festivals this year (Strawberries & Creem, plus The Cambridge Club, our family music festival the following day on the same site), and make sure we focus on delivering quality not quantity.

How do you see the future of the UK festival scene?

It depends who’s looking! For the consumer it’s incredibly exciting: there are more festivals than ever, a wider array of artists and music, and a bigger spread of events geographically. For organisers, though, it is increasingly difficult to stand out, both in terms of branding and line-up. We love the healthy competition – we go to as many festivals as we possibly can during the summer (we tell the rest of the team it’s just for ‘market research’), and are always looking for interesting ways to differentiate ourselves.