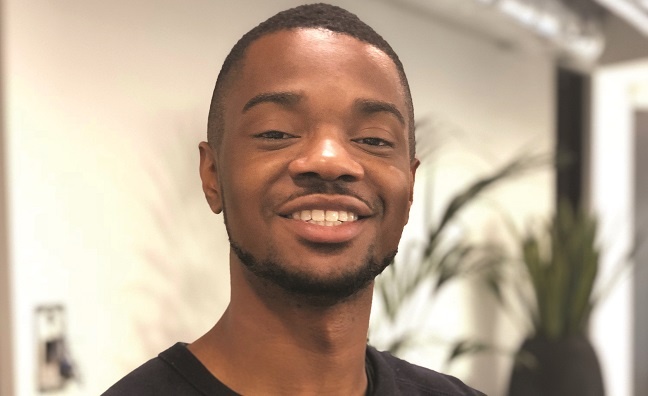 How did you get into music?

“I started a music website and radio show with my friend supporting emerging artists like JP Cooper and Mr Eazi. I used this to get one week’s work experience at BBC Radio 1Xtra, which led to a role at BBC Music Introducing in 2015. I then interned at Matter Music Publishing, which then led me to an A&R role at AWAL/Kobalt when I finished university where I worked with artists like Mr Eazi, Ms Banks and Harlem Spartans. I then went back to the BBC on 1Xtra’s Rap Show with Tiffany Calver and The Grime Show with Sir Spyro.”

What’s been the best moment?

“Probably having a meeting with one of my all-time heroes Rodney Jerkins (aka Darkchild) at his home studio in Los Angeles. He is one of the main reasons I wanted to work in music, so to meet him after growing up with his productions was pretty surreal. Another one came when I found out that I’d got my job at Spotify. Working here was something I had secretly wanted to do for a very long time, so to find out that I’d been successful was definitely quite an emotional moment.”

“It’s an amazing culture: everyone on the music team truly loves music, as well as the whole scene. Spotify’s a great space to create ideas, and then be given the opportunity and trust to execute them. Last year, we took artists from one of our flagship playlists into a care leavers unit, the Single Homeless Project charity in South London, to deliver a careers panel and inspire people for Christmas. I shared the idea and the whole team got involved.”

Tell us the most exciting part of your job...

“The work that we’re doing is really making a difference to people’s lives. I’ve already seen previously unknown urban artists who we’ve discovered on our pitching tool being supported by our playlists and going on to make money from their music, get record deals and grow their fanbases. Being there at the very start and helping artists reach their full potential by connecting them to their audience is really exciting.”

What does the future hold for you?

“I’m passionate about supporting urban music and culture, and the role we can play in giving a platform to under-represented artists and genres. I’m really excited about R&B. We’ve seen the local rap scene explode from small shows to arena tours: I’d like to see this happen for UK & Irish R&B. I believe we can get there with the amazing talent like Tiana Major9, Jaz Karis, Dayo Bello and more.”