The number Of The Yeast: Inside Iron Maiden's beer business 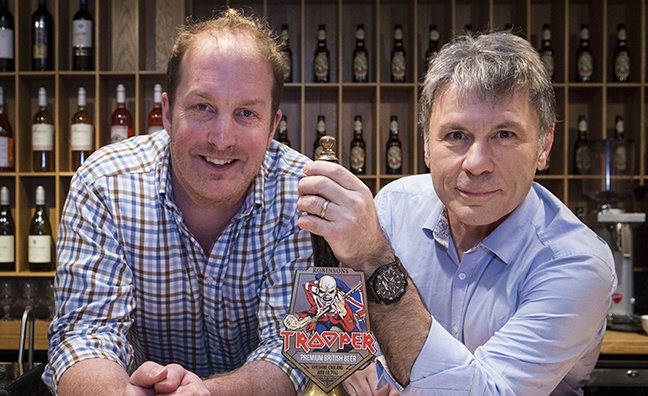 How did the partnership between Iron Maiden and Robinsons start?

Back in 2012, they first approached us and we were quite hesitant – and fairly openly hesitant – because it’s a family Cheshire sleepy brewer meets heavy metal band.

It wasn’t really until we met Bruce and appreciated how much he genuinely knew about beer that we started getting interested.

What we didn’t want to do was a gimmicky beer that just slapped Iron Maiden’s name on it – and Iron Maiden didn’t either. Also, you look at how passionate and loyal their fans are, and their target audience isn’t that dissimilar to ours. People who like Maiden also like beer. It made sense.

Did the partnership surpass your expectations?

We were caught slightly on the back foot. It went into Morrisons initially and quite literally flew off the shelves. We got caught out, as did they.

We were brewing for the first time in our 178-year history for five days a week, three times a day to try and keep up with demand.

We’ve never done that before. We’re over 15 million pints sold now, to over 55 different countries across the world.