'We want to be a great creative label': Stefano Anselmetti on Prolifica Management's new label JV with PIAS 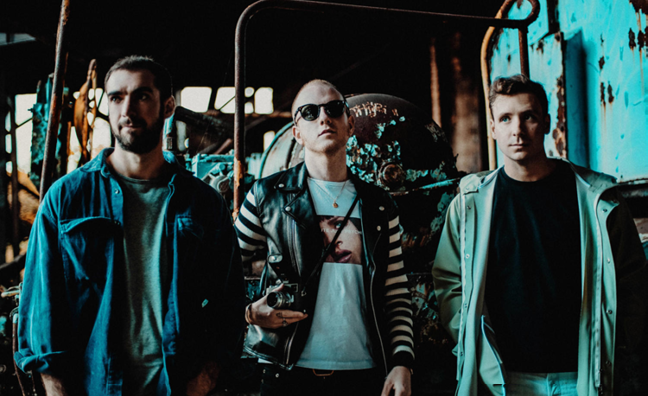 When the going gets tough, the tough turn Pro. And renowned management company Prolifica is turning to PIAS for a joint venture label to help keep the indie rock flag flying.

The label – known as Prolifica Inc – will launch with two Prolifica Management clients on the roster; Two Door Cinema Club and Circa Waves, who have exited major label deals with Parlophone/Virgin EMI.

“We’re starting with them and then looking at other artists as well,” says co-founder Stefano Anselmetti. “For now, we have two big acts we’re making records with and we need to put all our attention on, so I don’t think we’re going to sign a million things for a while.”

Nonetheless, Prolifica Inc will hire dedicated staff and use existing independent promo teams as well as tapping into PIAS’ expertise.

“Two Door Cinema Club are a band with a strong management team behind them that could probably manage their own releases if they wanted to,” says PIAS chief creative officer Jane Third. “But what we offer is the in-house creative and promotional team if people would like to engage with it. We’re there as a service.”

Anselmetti says the label will give his clients “more options” when it comes to releasing records, particularly with the tough streaming environment for indie rock.

“Competing with contemporary music on streaming platforms has been difficult,” he says. “But it is improving again, so I think a lot of labels were short-sighted. It’s always been quite cyclical but it’s become a data-driven business so everybody just looks at streams and age groups and people are losing sight of the music.

“Bands need to make sure they compete with contemporary sounds,” he adds. “Streaming numbers are the indicators that told everybody rock is not worth it, but we see it from a completely different perspective.

Ticket sales for alternative rock are actually still vibrant, so there’s obviously this connection there.

“It’s very reassuring for us that an artist will come back to the fold and be excited about us bringing fresh strategy and impetus to what they’re doing,” says PIAS UK MD Jason Rackham.

Anselmetti praises PIAS as having “passionate music-lovers in every department and function” and says he has high hopes for the future.

“We want to be a great creative label that supports the artists throughout, rather than just trying to churn them out,” he says.

“We obviously want to be successful but Colin [Schaverien, co-founder] and I were never really driven by money, it’s always been about the quality and being able to release stuff that we’re proud of.”