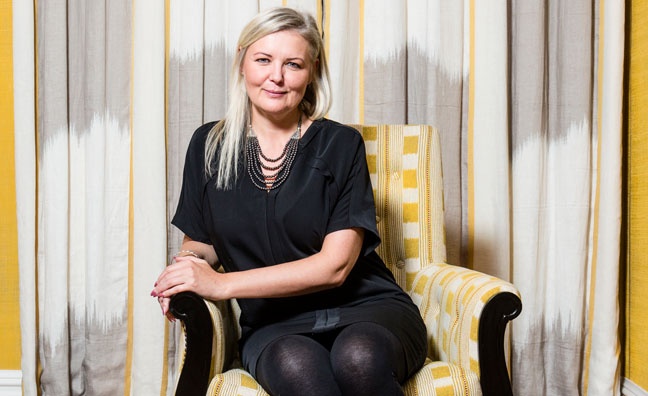 Every year, 12 industry game changers are inducted onto the Roll Of Honour at the Music Week Women In Music Awards, and this year’s list could be the strongest yet. Here, we meet one of the inductees in question, Vick Bain, CEO, BASCA...


How did you get into the music business?

“Slowly… I did a performance degree and, afterwards, recorded and performed in the UK and US, but I moved to London to get into the business.

My first job was as a manager in the Music & Video Exchange shops where the first person I interviewed was Zane Lowe; he had just arrived from New Zealand.

I then did arts admin temping before training in finance. I set up my own business, the Creative Support Agency, doing financial services for small, creative businesses – and BASCA became a client.”


Did you have a mentor or role model who helped or inspired you in the early part of your career?

“My grandmother for being loving and formidable, Joanie Bunting (founder of the Bang Bang clothing stores) for giving me the confidence to start my own business and Liza Fior and Katherine Clarke (founders of Muf Architecture/Art) for showing me you can be a successful woman in a man’s world…

And that bringing your children to the office is acceptable!”


What do you consider to be your biggest achievement?

“Being part of the team that got the private copying exception overturned. The exception as it was written was going to be a dangerous precedent in European copyright law; it had to be overturned, but we had to take government through a judicial review to do it – and we did.

It is known as BASCA vs Secretary of State for Biz. We would like it reintroduced, but correctly; with compensation for musicians and songwriters!”


Do you think there is parity of opportunity and remuneration for women in the UK music industry at the moment?

“There is a proven pay gap for women in the music industry – I have experienced it myself – although I believe opportunities are generally increasing.

I would like to do further research into the pay gap for songwriters and composers; their incomes are often hidden because they are working as freelancers, but I suspect there is a difference between what male and female writers earn.


Have things improved during your career? And what more needs to be done?

“Five years ago, I published research that showed that there was a lot of denial over the lack of diversity in the music industry.

That has now changed; thanks to UK Music we have a growing body of research to prove how un-diverse certain areas of the business are, particularly at the top. Initiatives such as these awards are part of the sea change - such actions are needed not only to encourage more women into the industry, but to keep those women staying in music for longer – and ensuring they get to the top.”


The issue of sexual harassment in the entertainment industries has dominated the news agenda lately. Does the music business have a problem?


What advice would you offer young female executives about enjoying a successful career in the music business?

“Keep at it; believe in yourself, work hard, go the extra mile, be determined, don’t give up, use setbacks to think creatively and reach out to other women in the music industry.”