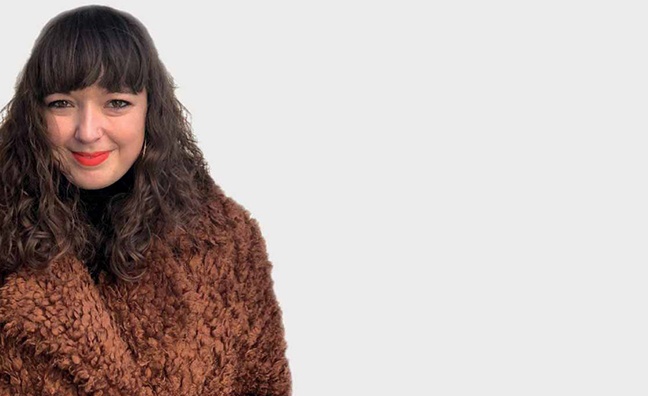 As the Music Week Women In Music Awards return on November 9, so too does the Roll Of Honour, recognising outstanding achievements across all corners of the industry. Join us as we gather this year's inductees to hear their remarkable stories...

“It’s a real honour and privilege to stand alongside so many other inspiring women on the Roll Of Honour. I wasn’t expecting it, but I’m really proud to have been chosen.”

“Music has been a huge part of my life for as long as I can remember, though I never expected to have a career in the industry as well. I studied linguistics at King’s College London and started writing music blogs and reviews for the student newspaper. After university, I did a brief stint with the BBC in the EastEnders press office before taking an intern role with ERA. Four and a half years later I now project manage Record Store Day and National Album Day and couldn’t enjoy it more!”

“I feel really lucky that ERA’s CEO, Kim Bayley, gave me my job in the industry and allowed me the opportunity to take on Record Store Day at such a young age. I remember many board meetings back then where Kim would often be the only female in the room, so it was really inspiring to work with a female CEO in what was a particularly male-dominated environment. In recent years I’ve also found a huge amount of support in ERA’s director of communications, Lynn Li, who has inspired me to find my confidence and my voice as a young woman in the entertainment industry. I owe a big thank you to them both.”

“I think there are two things – one is being able to grow Record Store Day with every year that I’ve been there and see a new generation of independent record shop owners opening their doors. The second is more recently being given the reins on launching the UK’s first National Album Day, with calls from both retailers and labels to bring it back for year two. I’m also really proud of being recognised for my achievements at age 25 and am excited to see how I might be able to make a difference to the industry in the years to come.”

Some of the gender pay gap figures for the music industry made for sobering reading. How far away is parity of opportunity and remuneration for women in the UK music industry?

“We aren’t there yet but I do think it’s improving with every year that goes by. I look at my peers and the next generation of execs entering the industry and feel hopeful that these are the people who are going to make the real difference for the future.”

“Although four years is a relatively short time, I think things are improving across the board. I do think the industry could benefit from more training and education about attitudes to equality and inclusion. There is still a way to go in terms of tackling tokenism and the underlying attitudes towards gender roles in business. Any person is in their job because they are good at what they do and should be judged only on that. Not on their ability to bring an element of ‘glamour’ or ‘style’, which I’ve heard many times before.”

The issue of sexual harassment in the entertainment industries continues to dominate the news agenda. Is the music business doing enough to tackle the problem?

“Undoubtedly the single biggest thing that has been done to tackle sexual harassment in my career is the #MeToo movement. The only way we can keep tackling the problem is for the music business to follow its lead and to keep calling people out to ensure that no victims are silenced.”

“Believe in yourself. It’s easy for people to knock your confidence but you are here because you are great at what you do. My practical advice would be to join networking groups, social events and make friends with other female execs. They are your best allies who, in my experience, support each other, share advice and create opportunities for the future.”