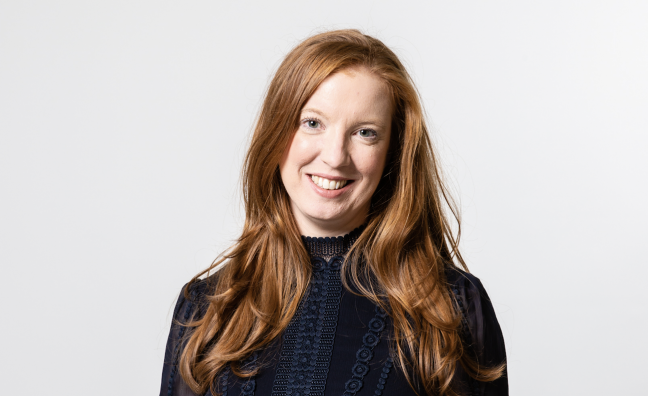 In the latest edition of Music Week we proudly present this year’s expanded Music Week Women In Music Awards Roll Of Honour. Here we speak to Lynne Best, head of communications at PPL...

“I was so pleased, and genuinely taken aback when I received the email. Thank you to everyone who endorsed my nomination and chose to remember my achievements over my more embarrassing moments. I have to admit that I am sad to be missing out on the opportunity to toast this moment at the awards with my colleagues – including PPL’s chief operating officer, Christine Geissmar, who is already on the Roll Of Honour – but I guess we will just have to wait for that and make up for it when the time comes!”

How do you reflect on your early years in the biz?

“The biggest challenge to getting into music was the lack of information available. It was the early 2000s – the internet was still relatively under-developed and there was no social media, both of which would have been helpful for research. There was little way to understand how the industry worked and the various roles available and I don’t believe that paid internships and apprenticeships were widely on offer. Careers advice was weak, and still is, in this area because many schools and colleges, through little or no fault of their own, do not understand our sector. On top of that, I started my career in the European Parliament in Brussels and Strasbourg and so it also seemed impossible to move from politics into music – or so I thought until I discovered the BPI.”

“I’m a very focused and driven individual and so, in 2004, I drafted a five-year plan setting out the steps that I needed to undertake to network my way into the industry. As such, there was not one specific individual who helped me on my way but a network of people who were willing to help throughout that period. I noticed that I could not see a single female from Northern Ireland who was achieving great things in music. However, more than 10 years on, it’s encouraging and motivating to look around and see people like Charlotte Dryden, the CEO of Oh Yeah Music Centre, musician Hannah Peel, Pamela McCormick CEO of Urban Development and Shona McCarthy from Edinburgh Fringe all flying the flag for Northern Irish women at the top of the tree in music and entertainment. We may still be a unique species but we’re less of a rare breed these days. In more recent years, I would highlight PPL’s CEO, Peter Leathem, as someone I consider to be an exceptional leader and have learnt a lot from.”

What do you consider to be your biggest achievement?

“In the last 12 months, I have been invited to take up a number of positions within the industry to support the issues that really matter to me and where I hope I can make a difference. I am now the chair of the Americana Music Association UK, vice chair of the Oh Yeah Music Centre, and a board member of the Arts Council Of Northern Ireland. Furthermore, I have recently been selected to be the Northern Irish representative on the DCMS Selection Panel for the UK City Of Culture 2025 and have joined the Advisory Panel of the all-Ireland mental health initiative, Minding Creative Minds. I have always wanted to build a network and a career that can use music for the good of other people and, through these appointments, I feel more empowered to drive forward positive change that is needed in various corners of our sector.”

What advice would you offer young female execs about a successful career in music?

“My answer would be the same, regardless of their sex: focus on building a network. You can never know too many people. In addition to that, if there is something you want to do or achieve, figure out how to do it and make it happen. It’s never going to happen if you’re waiting for it. Finally, just be decent. Manners cost you nothing. Old-fashioned, but true.”

What’s the best piece of advice you’ve ever had?

“Every time I hear a piece of advice or a phrase that I like, I add it to a list so I don’t forget it. Some of them are just for fun and make me laugh; they come from programmes such as W1A, The Thick Of It, Veep, Nathan Barley, Twin Peaks, and The Newsroom to name a few. So, to respond to this question, I thought I would list some of the more ‘serious’ sayings I’ve noted over the years because they have all been helpful: ‘There’s no solution in panic’ or ‘Consistency is the last stronghold of the unimaginative.’”

What’s been the biggest lesson you’ll take away from this year?

“I never thought I’d say this, but there is such a thing as listening to too much country music! On a more serious note, the music sector in Northern Ireland has been devastated by the pandemic and is more vulnerable than ever. It is not adequately recognised by politicians for what it delivers economically and there is no strategy in place to help it succeed. This must – and will – change. Northern Ireland is full of great talent and it needs the infrastructure to help future generations to grow and succeed.”