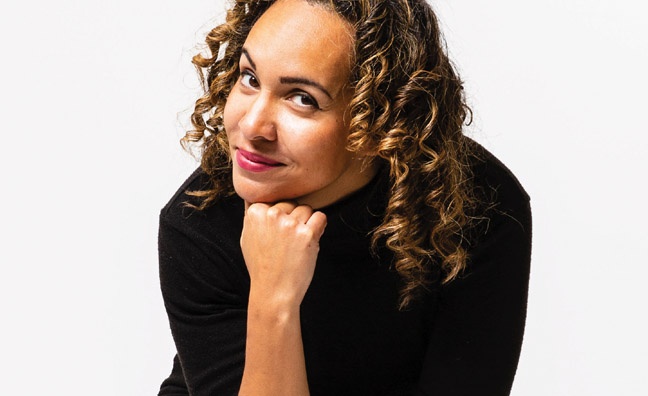 “I thought it was an administration error from the Music Week team – I was actually collecting nominations for fellow nominee Sara Lord, so I initially emailed back to ask if they’d gotten me mixed up with her... I mean, she is a mogul, right? So, after feeling a bit of an idiot, I’m shocked, happy, embarrassed, a bit sweaty and very grateful to the motley crew who nominated me. I don’t know who they all are yet, but I’m humbled to have people putting themselves out for me like that. We are all so busy these days...”

“First, I didn’t even know the industry existed. Then I had to convince people I wasn’t a singer – I was brown, a girl and had a decent figure back then... But I was definitely not the talent. I was always a hard grafter and quite a serious young person who wasn’t getting taken very seriously, often by people who didn’t graft half as hard. It was also quite difficult going it alone. I was too scared to for ages, but after a couple of court cases, which I won, I realised this business was a place fraught with people you couldn’t really trust your career to. I had to trust myself. Funny, really, because my career is now based on driving other people’s.”

Did you have a mentor or role model who helped you at that stage?

“There were so many people who have helped me, I have new mentors every year coming into my life and making me better at my job and better at being a leader. I would say Ajax Scott previously of Music Week, Maggie Crowe from the BPI and Asha Oojageer, previously from Supersonic PR. Rolled into one, they are literally the Google Maps for my career, and having a decent time and being a decent person all at the  same time.”

You will make mistakes, it’s how you recover that counts

What is your biggest achievement so far?

“Keeping every single Young Shoot and member of staff at Small Green Shoots employed and working throughout the pandemic. I cried for 10 nights running for fear of having to lose my people, but every single one of them is back – and although it doesn’t sound very glamorous, it’s the thing I am most proud of. My stepdad always said, ‘You are only as good as your people.’”

“You will make mistakes, it is how you recover that counts. Be better, always
be better.”

What’s the best piece of advice you’ve ever received?

“Don’t date anyone in the music industry. It’s a small place with big voices, and if they haven’t seen your dirty lingerie, they can’t chat about your dirty laundry.”

On so many levels, 2020 has been a year of unprecedented change in the music business and, indeed, the world itself – what’s the biggest lesson you’ll take away from it?

“It’s hard to reflect when I feel like we’re still in the mire, but especially after the BLM movement, I realised that so many of my decisions have been based on my race, my lack of access to investment, and my gender. I wonder who I would be if I hadn’t been so discouraged by these factors, and I doubt I’m living up to my potential. That’s a bit of a come down, but then this year has been exactly that to a lot of us. A time the veneer came off and you were confronted by realities you didn’t really fancy facing. On a positive note, I have learned that there are a lot of good people out there. People who really want to help and often you just need to provide the vehicle for them to do it. That’s what I am filling all my time with at the moment - finding vehicles for all these good people we have in the business.”