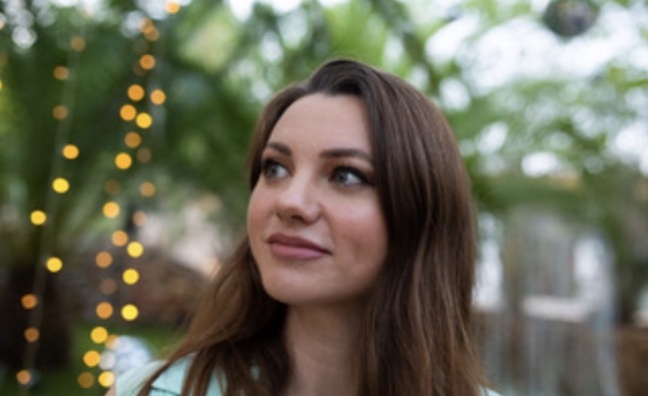 Anna Neville is global co-president of Tap Music. She has since taken control of the daily running of the company, and is responsible for strategic growth, operations, and legal and business affairs. Neville expertly handled the unique challenges of the Covid-19 pandemic, forming a realistic action plan which reduced costs and maximised income, so that Tap Music was able to continue without cutting salaries or laying off staff. She managed this while handling the legal implications of various frustrated contracts, supporting staff wellbeing, and home-schooling two children.

In 2020, Neville played a huge part in the pioneering livestreaming events that Tap delivered for Dua Lipa, Ellie Goulding, and Dermot Kennedy. Audience reach was key, and the separate deals Anna brokered in territories around the globe ensured Dua Lipa’s Studio 2054 was the biggest global livestream ever. Anna’s legal acumen makes her a shrewd dealmaker, and in 2020 she was personally involved in brokering over £15m of deals for Tap’s clients.

Here, Anna Neville opens up about industry achievements, mentors and offers advice for the next generation of executive talent...

"Chuffed! It really is an honour to be recognised with so many incredible women."

"I studied biomolecular science at Sussex University in Brighton when I got into music and realised it was all I wanted to do. I got paid to hand out flyers and got free into clubs. Then I moved to London and did work experience for about a year, supporting myself by working at bars in the evenings and an estate agent at the weekends. I loved it though, and lived it. I remember being thrilled at my first job doing club promotions which was basically stuffing records into envelopes and phoning DJs for reactions, but getting white labels and hearing music before anyone else was such a thrill. It was and is an obsession."

"I’ve never had a mentor as such but lots of wonderful women who I’ve admired and have supported me, given me opportunities or taught me things along the way and become friends in the process – Kate Sweetsur, Chris Weller, Ruth Drake, Cassandra Gracey to name a few."

"It’s a hard question to answer because it always feels like the last thing you did doesn’t it? The live streams we did last year were so much work for everyone – we had such long days working on them, and it was all a bit of an unknown. I didn’t get to see Dermot and Ellie’s in person as we had to be so strict with covid protocol, but I was at Dua’s and it was incredible to watch. We broke records but most importantly all three provided work to lots of crew who hadn’t been able to since the start of the pandemic.

Personally, it was probably getting a first in my law degree. I had to have a break in my exams to breastfeed in the corridor as she was only a few weeks old. It seems crazy looking back on it, but I think having kids young doubled my ambition – I was doing it for them and for me. Having two daughters especially made me want them to see that they could have a fulfilling career."

"Network, hustle, take opportunities to talk to people and ask their advice when you can. When you’re in the early stages do everything you can to be helpful and people will remember you. I had a quiet period at an internship and reorganised their stock cupboard and they were so grateful they helped me find my next job. Own up to your mistakes and let your manager know what you’re doing to rectify it or avoid it in the future. We’re all human and people want solutions, not someone to blame."

Network, hustle, take opportunities to talk to people and ask their advice when you can

"Don’t be afraid to ask questions. If you don’t understand what someone is talking about, chances are nobody else in the room does either."

"How important live music is. I went to Bigfoot Festival in June and was worried that it wouldn't feel ‘normal’. It was such a joy to see old friends and dance with strangers. That connection you have with people as a crowd watching a live show is irreplaceable."

Is there a young woman you'd like to shout out who you think is a rising star in the industry?

"Maria Lane, one of our young managers who is working with Leigh-Anne Pinnock and Willow Kane. She’s diligent, a natural hustler and great fun to work with."

Similarly, is there a young woman artist whose music you're enjoying right now/excited about?

"I’m lucky to work in a company where we have so many brilliant female artists. If by young you mean new, it’s Willow Kayne, who just won the Ivor Novello Rising Star Award. Her lyrics are brilliant."