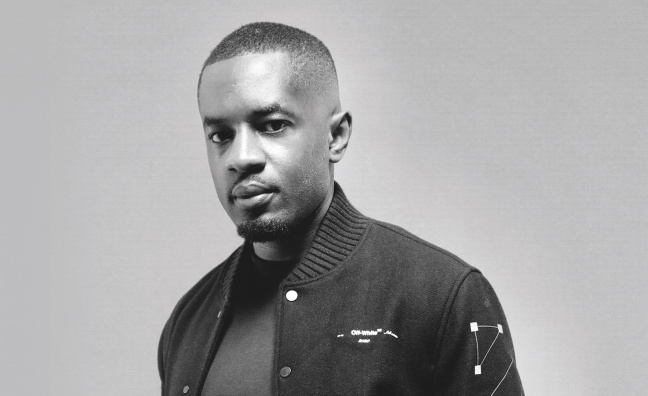 Q4 might have come alive in 2021, with big-selling records from Ed Sheeran, ABBA and, most recently, Adele taking it in turns to outdo one another at the top of the albums chart, but this has been a year full of great albums, from Celeste and Arlo Parks in January, through to Dave, Little Simz, Olivia Rodrigo Wolf Alice and many, many more.

Of course, many of those records spawned singles that became chart mainstays, too. But digging through the releases of 2021 yields many more gems, from all corners of the industry.

In the first part of our annual end of year review, Music Week asks a selection of leading music business executives to pick their favourite tracks and albums of the year...

TRACK: "Potter Payper's 10:30am because it makes me want to do something, anything. Also, Tems – Crazy Tings, because her voice is one of the best you’ll ever here and crazy things are happening

ALBUM: "Dave – We're All Alone In This Together. Classic from first listen."

TRACK: "Olivia Rodrigo – Drivers License. I believe she was 17 when she wrote this song?!?"

ALBUM: "Girl In Red – If I Could Make It Go Quiet. The solo songwriter of the year emerges across this incredible album. One of the most inspiring artists globally right now."

TRACK: "Little Simz – Introvert. This track blows my mind, it has me right from the first few seconds, the cinematic arrangement that just keep building and building, then breaking down to allow her voice to soar through. It’s musically exceptional, lyrically powerful and disrupts and takes you on an epic journey. Music at its best."

ALBUM: London Grammar - Californian Soil. Hannah Reid’s vocal across this entire album is such an instant mood enhancer for me. It hits me right in the heart, instantly lifts me. Just stunning vocally, but also the whole album is bold, distinct, euphoric and blissfully brilliant!

TRACK: "Jae5 – Dimension featuring Skepta & Rema. This track is a brilliant example of the energy that exists between Africa its diaspora. It perfectly encapsulates the power in collaboration… I also love the global success Nigerian artist Ckay has had with his track Love Nwantiti."

ALBUM: "Can I tell you my favourite take from 2021 instead? It has been the unmissable and hugely appreciated sound of Amapiano reaching our shores all the way from South Africa. It’s a reminder to the UK that Africa is not a country, and the likes of DJ Maphorisa, Kabza De Small, Dbn Gogo, Kamo Mphela will play their own part in the evolution of Black music over the next few years."

TRACK: "It didn’t come out this year, but I discovered it this year! Kokoroko's Abusey Junction. It's local, I’m told the band is based in South London, but it’s such a good fusion of jazz and Afrobeat. Local with a global influence! The music feels new and fresh but still a nod to the past. All of these ingredients make it such a great listen."

ALBUM: "I can’t pick between Dave and The Snuts! Both amazing albums with brilliant storytelling."

TRACK: "It has to be Danny Byrd and D Double E' Selecta. The song is pure vibes and energy and takes me back to my teenage years growing up listening to Double."

ALBUM: "London Grammar’s Californian Soil was a really exciting album to work on and it was great to see the band step things up and achieve another No.1 album, hearing it live at Ally Pally was amazing and really bought it to life. I also really enjoyed Dave’s album, it’s beautifully put together."

TRACK: "Shakira's Don’t Wait Up. She wrote a fantastic pop song with Ian Kirkpatrick and Emily Warren to remind everyone that she’s an influence and force to be reckoned with and that’s demonstrated in her 35 million monthly Spotify listeners and 70 million Instagram followers. 2022 will be a huge year for her with songs coming with Andrew Watt, The Monsters and Strangerz, Poo Bear, Tayla Parx and many others."

ALBUM: "Neil Young's Barn. Neil is constantly making new music, all of it great, but every few years he reminds everyone why Neil Young is the favorite songwriter and artist of so many people including many of the greatest artists of all time."

TRACK: Spit Of You by Sam Fender: a song about sons and their relationship with their dads. I love Sam Fender, he’s got a great world view. The way he delivers such impactful, important and moving lyrics while making you feel good at the same time... Listening to Sam is always cathartic for me."

ALBUM: "It’s been a great year for albums this year with so much amazing music coming out of the UK and Ireland. Honourable mentions have to go to Dave, Little Simz, Wolf Alice and Ghetts, but I’m going with For Those I Love. It’s a remarkable, powerful and quite brilliant album that struck me deeply this year."

TRACK: "James Blake's Say What You Will. Classic JB with his impressive range, voice of an angel, providing a calming soundtrack for polarised times."

ALBUM: "Floating Points & Pharoah Sanders' Promises. It's no coincidence that my best picks of the year have been the most soothing. I've been travelling a lot again, since the world opened up, and this record has been my home from home."

ALBUM: "An Evening with Silk Sonic. It's hat throwback sound which has been so well put together to create a nostalgic-feeling record."

Look out for Part 2 of our 2021 Wrapped series very soon and find the biggest stories of 2021 in the December issue ot Music Week, out December 12.