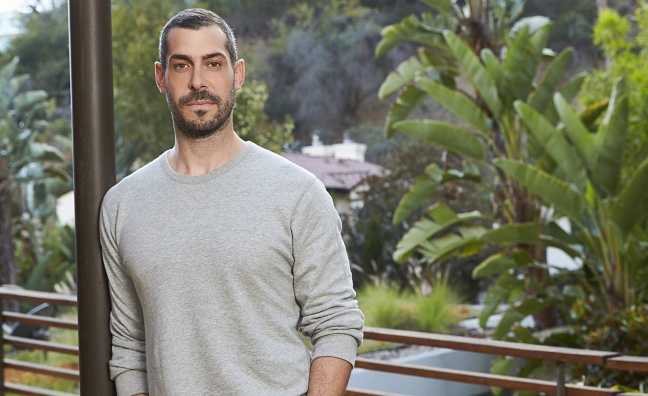 Aaron Bay-Schuck has finally started in his role as co-chairman and CEO at Warner Bros Records US, with Max Lousada hailing his arrival as a “pivotal moment” in the storied label’s reinvention.

Bay-Schuck’s appointment, alongside co-chairman and COO Tom Corson, was one of Lousada’s first moves back in October 2017 but it has taken almost a year for him to move over from his role as Interscope Geffen A&M president, A&R. Bay-Schuck previously thrived at Warner Music Group, signing Bruno Mars while at Atlantic Records.

In an internal memo obtained by Music Week, WMG CEO, recorded music, Lousada praised Bay-Schuck as being “at the forefront of a new generation of leaders and has a true fan’s infectious love of music”.

“In keeping with WBR’s history as a beacon for creative pioneers, he’s one of those bright talents that both game-changing artists and gifted executives gravitate towards,” the memo continued. “He brings ambitious vision and impeccable taste to our global team.

“I also want to thank Tom for the fantastic job he’s been doing since coming on board nine months ago. With Aaron and Tom as co-chairs, WBR has entered a new era of reinvention, collaboration, and possibility. Tom and Aaron will make a dynamic partnership, complementing each other’s strengths, as they build the careers of diverse, influential artists.”

Corson has revitalised WBR since his arrival, with a new generation of artist signings from The Regrettes to Saweetie and huge Stateside success with acts such as Lil Pump, Bebe Rexha, Dua Lipa, Anne-Marie (on Warner Bros in the US, although signed to Atlantic UK) and Mike Shinoda.

Warner Bros will soon move away from its iconic Burbank HQ to new offices in the Arts District and Lousada said: “This is a pivotal moment in the story of an iconic label, one that’s always strongest when it’s at its most daring and unexpected. WBR is filled with super-talented people, and I’m excited about the great things that Tom, Aaron, and all of you will achieve together.”

Max Lousada has made a flying start at WMG, with a string of acquisitions, executive hirings and artist successes. He picked up the UK music industry’s highest honour, the Music Week Strat Award, earlier this year.