'Afrobeat will continue to blossom': Inside the plans for Virgin EMI's Lost Ones label 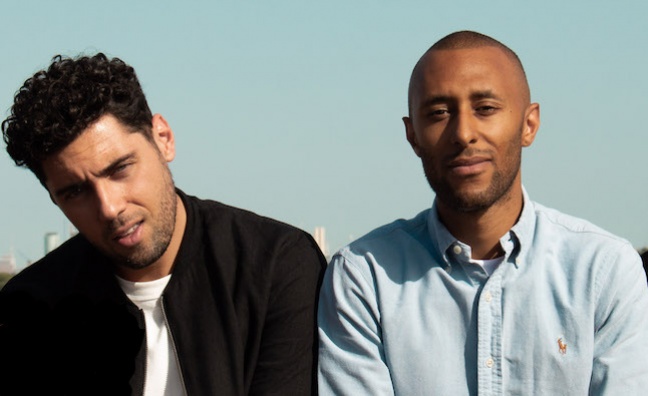 In the latest issue of Music Week, we broke the news of Virgin EMI’s new label Lost Ones – the company's latest imprint following the 2014 launch of AMF. As co-MDs Barry Burt (pictured, left) and Ashley Sykes (right) get to work, here the duo take us inside the plans for the label…

You have a strong background in urban music with Yungen at RCA and your DJ background at 1Xtra – what’s the focus of the label?

Barry Burt: “We’ve both had footing in black music, but it’s not an urban label. The artists that we have signed have fallen under that umbrella, but that’s not going to be an exclusive branding of the label."

Can you talk us through the roster?

Ashley Sykes: “Wauve is from Finsbury Park, he’s an artist but he writes and produces himself. He is of Eritrean descent, born and raised in North London and signed to Stellar Songs. So we heard about him on the grapevine and had to fight off interest from elsewhere. Then the next artist is Juls, who is one of the most prominent Afrobeat producers: he produced Mr Eazi’s Skintight, he’s worked with Not3s, Maleek Berry and Burna Boy, so in that world he’s one of the guys really. I met him a couple of years ago at South By Southwest and we’ve just been friends ever since. We’re really excited about him. The third person is a guy called Collard, and in my previous role I came across a record called Sofa and fell in love with his voice. As soon as we got the label deal, we decided that he was an artist we wanted to go after and luckily we’ve closed it – about two hours ago!”

Is there an African connection with Juls and his collaborators?

AS: “In terms of his music, I think there will always be an element of Africa in there because he is of Ghanaian descent, but the music that he makes will touch on many different areas. The first track is with Kojey Radical, who is also of [Ghanaian] descent. It’s much closer to an old school grime track, but it has a flavour of Africa in there and I think Juls will definitely try and keep that throughout anything he does. In terms of Afrobeat and where it’s at, I think it will just continue to blossom particularly as the market in West Africa grows and the introduction of streaming happens.”

How does it work with Ted Cockle and Virgin EMI?

BB: “Ted gives as much support as we need, he’s empowering. He lets us crack on with things, but if we need something he’s on the end of the line and he gets back to you instantly more often than not. It’s quite remarkable, the way he operates. It was initially his idea that me and Ashley should partner together.”

Can you maintain an independent spirit?

BB: “Yeah, 100% - we’re not going to be based in the new [Universal] King's Cross office, we’ve got our own offices in Shoreditch and that works as it allows us to keep that independent spirit but still use all the resources that a label like Virgin can give to us. But they’re good at that, they understand that having that boutique feel gives an artist the attention and the nurturing they desire from that standpoint, because some artists don’t like to feel like they’re lost in the mix of a huge company.”

In an increasingly track-driven streaming environment, what will your approach to artists be?

BB: “Maybe it’s our job to build their vision and actually do some A&R and pull up our sleeves and get to work. That’s something that we’re keen to do, especially because artists across the board now do so much on their own that you really do have to provide something. A&R is a skillset and artists do benefit from it – and that’s where we come in."

Finally, where does the name come from?

BB: “There are a lot of deeper meanings to it probably, but the name is actually the opening track from The Miseducation Of Lauryn Hill, which is one of mine and Ashley’s favourite albums. Everyone’s a little bit lost really, aren’t they?"

To read the Ted Cockle interview pick up the latest issue of Music Week – or subscribers can click here. To subscribe and never miss a big industry story click here.