AIM chief Paul Pacifico: 'Turning lemons into lemonade is what independents do' 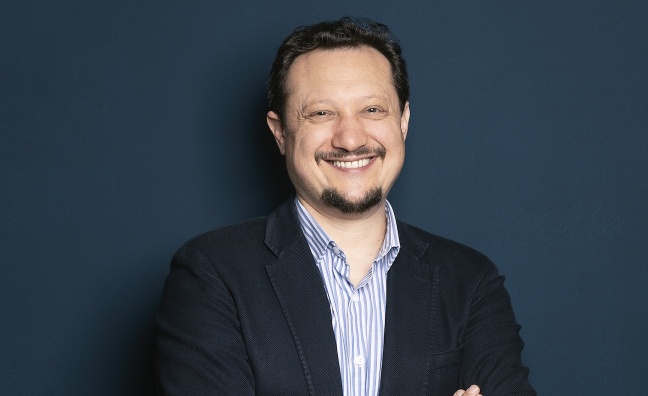 Paul Pacifico has reflected on his time so far as Association Of Independent Music (AIM) chief as he approaches five years in the role this November.

The former Featured Artists Coalition CEO has found himself at the helm during one of the most turbulent periods in modern history since succeeding Alison Wenham in the AIM hot seat in 2016.

But speaking in this month's Music Week Interview, Pacifico said he believed the obstacles posed by the pandemic had brought out the best in the indie community.

“We saw lots of innovation in how the indies put music out in spite of the traditional channels being closed – but that’s nothing new,” he said. “It’s too strong to say Covid was an enabler, but if necessity is the mother of invention, then lockdown certainly showed the independent industry at its most inventive.”

Indie labels and artists strongly over-performed the market in 2020, according to MIDiA Research’s annual global recorded music market report, collectively growing by 27% and increasing their combined streaming market share to 31.5%. BPI analysis of album equivalent sales (AES) in 2020 also revealed that indie labels’ share of music consumption rose to 26%, none of which surprised the CEO.

“Pre-Covid, there were always data points that suggested that independent music tended to resonate deeply with music fans," he said. "People that are prepared to pay for music tend to favour independent music. This is something we see time and time again and a lot of what we saw during the pandemic bore that out. The independent supply chain held up really well because it wasn’t based on big-box retail, it was based on a passion and energy that ultimately connects with fans.

“I’ve been impressed by how much activity has been maintained by the independent community. I think the drop in release schedules was felt far more by the major labels, because they are much more reliant on those traditional channels. Independents just can’t afford to hold back. It’s just about, ‘Come on, we’ve got to get out there and make the best of it.’ Turning lemons into lemonade is what independents do.”

The AIM Awards return in virtual form on August 25, hosted by BBC Radio 1Xtra and 6Music’s Jamz Supernova and Radio 1 and 1Xtra’s Tiffany Calver. The trade body previously won acclaim for its livestreamed 2020 event, which utilised AR, VR and XR for performances by artists such as Little Simz and AJ Tracey.

"We decided to go virtual again so that we could plan early and make the most of the opportunity,” explained Pacifico. “For the first time, we’re doing a local hero award with BBC Music Introducing. There is going to be an AIM Award winner in every local BBC Music Introducing station and that is such a wonderful chance to get down to the grassroots and celebrate where that music comes from.”

“It’s deeper than just prejudice, it is those structural barriers that are very visible in the data,” said Pacifico. “We believe the Associate Membership tier at AIM helps greatly lessen that barrier and delivers social capital to the widest range of artists and entrepreneurs in the independent music community.”

And ahead of his fifth anniversary as AIM CEO later this year, Pacifico was adamant that his work had only just begun.

"So far, it’s been all about getting AIM to the starting line in terms of how we interact with the future-facing music ecosystem," he said. "Now, as we launch the Associate tier and become reflective of the widest possible spectrum of our community, we can have some really exciting thoughts about what we do next.”