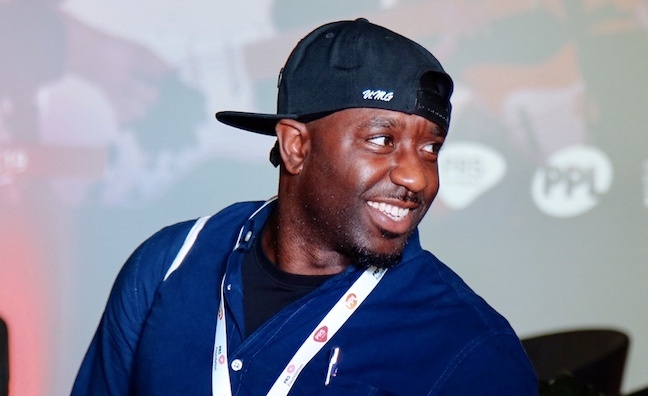 Ben Wynter has been hired as entrepreneurship & outreach manager at AIM.

The appointment accompanies a programme of expansion and internal restructure as AIM prepares to launch the free associate membership tier announced at its AGM in October. As part of the restructure, Gee Davy, formerly AIM’s head of legal & business affairs, is promoted to become AIM’s first ever COO.

In a newly created role, Wynter will lead on initiating, planning and delivering AIM’s support to the diverse community of entrepreneurs in independent music, and help to foster relationships in AIM’s membership. He will have a particular focus on businesses and communities working with music that has been historically under-represented in the AIM Membership, including grime, jazz, drill, hip-hop and dance.

Wynter brings 20 years of experience in the music industry, including roles in A&R, delivering events in partnership with the Mayor of London and Downing Street and founding the talent management company Unstoppable Music Group, home to Grammy-nominated producer Mario Winans. He joins AIM from PRS Foundation, where he held the role of grants & programmes manager and managed several of PRS Foundation’s flagship funding programmes.

During his time at PRS Foundation, Wynter managed the PPL Momentum Fund, International Showcase Fund and launched the Hitmaker Fund to support songwriters and producers. He also led on new engagement strategies and co-founded the Foundation’s new long-term programme to power up black creative and executive talent, which will launch in January.

Alongside Wynter’s appointment, AIM has announced the news of Gee Davy’s promotion. She joined AIM in 2017 as head of legal and business affairs. Her promotion to the role of COO reflects her evolving role at the association, which includes involvement in AIM’s public affairs brief, strategic consultation and input with key stakeholders in the independent music sector, as well as helping to set the agenda for AIM in the evolving independent landscape.

Davy was inducted into Music Week’s Women in Music Roll of Honour and included in the Shesaid.so Alternative Power 100 Music List in 2019.

Throughout his career, Ben has shown the kind of entrepreneurial spirit that the independent sector thrives on

Paul Pacifico, CEO of AIM, said: “Throughout his career, Ben has shown the kind of entrepreneurial spirit that the independent sector thrives on. Helping to foster and encourage that sense of innovation and practical business building will be a key part of his work here at AIM. Ben brings a huge range of experience and connections to the role, which will be crucial in expanding our network and community where there is under-representation. We’re delighted to have him joining the team ahead of what will be a very significant year for AIM.”

“In Gee’s promotion to COO, it is a real pleasure to be able to give her the recognition she richly deserves for the work she does for AIM’s team and community, which has extended well beyond her initial brief in legal and business affairs.”

Gee Davy said: “I’m delighted that some of my first public words as AIM’s COO are to welcome Ben Wynter to our team. Ben’s entrepreneurial approach and experience will be of great value to the dedicated, versatile AIM team as we take our next steps together to reach and support an even wider cross-section of the music community. Ben joins AIM at a time of multidimensional challenge for music, and indeed for the world, but I can’t think of a moment where AIM is needed more or one in which we can make a greater positive impact.”

Joe Frankland, CEO of PRS Foundation, said: “The development of our industry fund programmes under Ben’s watch has been very exciting. Despite recent challenges for music creators, Ben and our team have ensured our programmes stay ahead of the curve and artists, songwriters and producers not only sustain creativity but are in a good position to thrive. While very sad to see Ben go, I can’t think of a better place for him to further influence the industry. And we are especially pleased that he will stay on as a key member of our new programme’s Executive Steering Committee, making sure we move the needle to create a fairer, more equitable music industry for Black creators and executives.”

Ben Wynter said: “I am extremely excited to join the team at AIM in this newly created role. I’m grateful to Paul, the board and the team for trusting me and enabling me to initiate, plan and deliver AIM’s strategic mission to support a diverse community of entrepreneurs in independent music.

"I believe that my appointment will allow me to move the needle for underrepresented rightsholders that I have seen develop the culture. I look forward to fostering new relationships within the grime, R&B, jazz, drill, hip-hop and dance music communities, as I did at the PRS Foundation, using disruptive means of engagement and ensuring that the people from those music communities feel represented, engaged and listened to.”