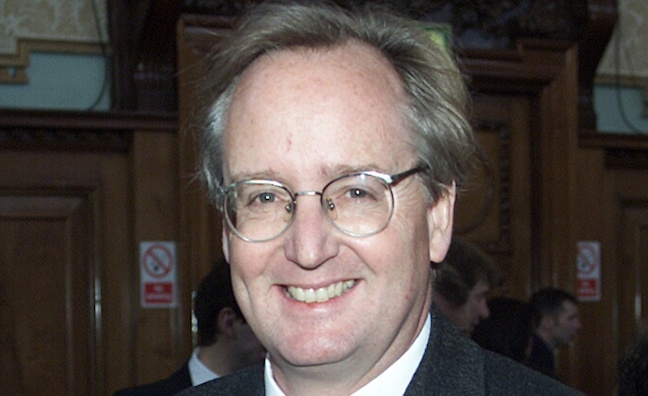 Tributes have been paid to form BMG Entertainment chairman John Preston, who has died after a brief illness. He was 67.

Having graduated from Oxford, Preston began his career in music in the early-to-mid 1970s working for Bruce Findlay’s chain of Bruce’s Record Shops in Scotland. In 1977, he moved to EMI Records in artist development, working with Kate Bush before joining Decca.

He was a long-standing member of the BPI Council for much of the 1990s, including two years as BPI Chairman (1996–1997) and a spell as a director of Universal Publishing. He was additionally a trustee of the music industry charity The BRIT Trust during its formative years (1994–1998).

Preston was also proud to be the first record company chairman to promote two women to the rank of label managing director (Lisa Anderson to RCA and Diana Graham to Arista). A third female executive, Alison Wenham, ran Conifer Records – initially independently, but then under his chairmanship as part of the BMG umbrella.

He worked with iconic artists including Annie Lennox and Dave Stewart, M People and Take That, as well as supporting the early careers of label executives such as Simon Cowell, Hugh Goldsmith, David Joseph, Jeremy Marsh and Korda Marshall.

After leaving the industry in 1998, he later spent time developing the Hospital members’ club in Covent Garden for Paul Allen.

The BPI and leading industry figures have come together to offer their condolences to his widow, Roz, and family.

Annie Lennox said: “It’s very challenging to write about John in the past tense. His passing seems premature and untimely. I’m barely processing this very sad news through the qualities that immediately spring to mind as I think of him with much affection. He was kind, thoughtful, highly intelligent, compassionate, gentle, humorous, supportive, trustworthy, loyal, decent and honourable. It’s unusual to encounter these attributes in people working at the top of an industry known more for it’s hard driven cut- throat competitiveness.

“John had a deep passion for music. His heart and soul remained intact. He was a thoroughly good man – a rare diamond. Dave and I appreciated everything he did, for and with us. We can only extend our heartfelt deepest sympathy to Roz – his life partner and greatest love.”

Dave Stewart added: “In addition to being an amazing business leader, John Preston became one of my great friends. The thing about John is that he understood artists. I remember when Annie and I first started working with him, he was such a fan and was delighted to hear me say we would have an album to release on 1st May. I told him we were going in the studio the next day. John said ‘can I hear the demos?’ and I replied, ‘no, we haven’t written any songs yet’. From that moment on he understood the Eurythmics were a different kettle of fish. We delivered the album exactly on time and it was full of hits.

“When John retired, Annie and I sprang a surprise on him for his leaving party. It was a tiny little place in Kensal Road, upstairs at Cobden Working Men’s Club. We were hiding and as we came on stage, he started crying. He used to cry a lot but it was such a sweet thing because he was a really sensitive person. That made it very easy to connect with him as an artist. Artists felt akin to him even though he was a CEO and steered a big ship. He had a gentle side to him that was actually quite rare in such a tough business. This is a really sad moment for me.

“John was one of these people who wanted to enjoy his life and live for every moment. He spent five years building a yacht with his wife Roz that they called Sweet Dreams. They sailed it all over the place. Some people come through your life and you move around, but the great moments with John and Roz stick in my mind forever.”

Alison Wenham, CEO WIN, commented: “John was one of the industry’s giants. He was an inspirational boss, a scrupulously fair man with an infectious energy which made him a joy to be around. He brought an intellectual rigour to the industry and was crucial in steering us successfully through the MMC enquiry into CD pricing. His untimely death is such a loss. I will always have fond memories of John and send love to Roz, to his friends and family.”

Andy Heath, UK Music Chairman, added: “John Preston always had a smile about him and it was always a pleasure to be with him. He was always courteous, correct but a formidable negotiator behind that bonhomie. For a man who held exalted positions in the music industry, he maintained a wonderful relationship with artists that he worked with. I remember at a party thrown for him, the Eurythmics reformed for that one night and anyone who works with world-famous artists knows what a compliment that is.

“I was so saddened and shocked at the news of his death. We have lost a great ambassador for our industry and a very bright, intelligent and witty executive, he will be greatly missed. Our thoughts go to his wife Roz and all his friends and family.”

Bruce Findlay, artist manager (Simple Minds/China Crisis/The Silencers) and John’s first boss at Bruce's Record Shops, said: “There are so many things I could say about John, but I will simply add that he had impeccable taste in music and he was a great friend for almost 50 years....I'm going to miss him terribly.”

David Joseph, Chairman & CEO Universal Music UK, commented: “John was so extraordinarily generous with his time, encouragement and ‎advice to me personally and everyone at RCA. He created a culture that never felt like work and he absolutely got the best out of everyone to work as one. He was a total gentleman. We've lost a great figure from the world of music.”

Geoff Taylor, chief executive BPI & BRIT Awards, said: “We’re so very sorry to learn of John’s passing.  As former colleagues who had the privilege of working with him and who held him in the very highest regard, we share the profound sense of loss with his wife Roz, and with his close family and friends, to whom we extend our profound condolences.

“John was a luminary who contributed hugely to our industry – leading some of its most dynamic record labels with his pioneering approach at a time of remarkable growth and success for the industry. In the process he helped to launch and develop the careers of iconic artists and talented young music executives. We will also always be grateful for the direction he helped to give the BPI as its chairman and as a Council member, and for his important work as a valued trustee of The BRIT Trust in the charity’s formative years. He will be greatly missed.”