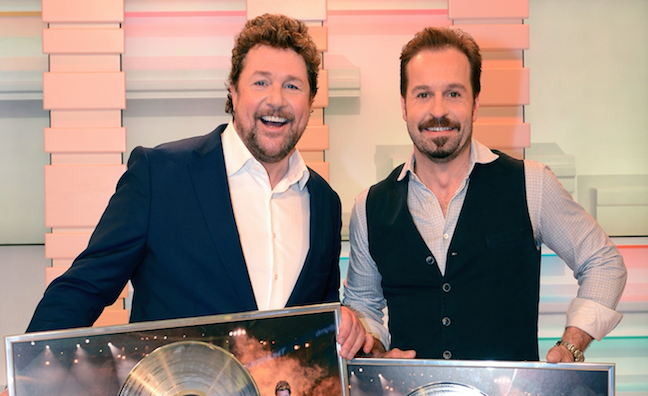 Michael Ball and Alfie Boe have inked a ‘triple signing’ with Decca, with each signing individual deals, along with a new joint Ball & Boe agreement.

Following last year’s best-selling album Together, the classical duo are back with new record Together Again.

Together proved to be the biggest selling album in Britain last year, and has now reached double-platinum status with over 600,000 copies sold in the UK.

The new album, due for release later this year, also marks the start of a new partnership with Decca Records as Ball & Boe return as soloists and as a pairing.

Ball & Boe will also be touring outdoor arenas across the UK this month, with live performances at a host of locations, including Lincoln Castle, Hampton Court Palace and the Old Royal Naval College. They will also be embarking on a major arena tour across the country later this year, starting in Cardiff on November 30 and concluding at London’s O2 Arena on December 14.