Big hitter: Now That's What I Call Music 100 is fastest-selling album of 2018 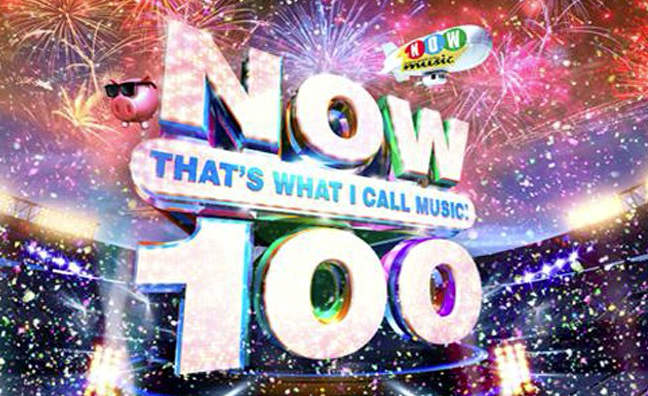 Who said the compilation market is in decline?

Amid a media blitz around its centenary edition, including a Music Week interview with Sir Richard Branson in which he hails the original pig-themed marketing, Now That’s What I Call Music scored a huge No.1 in the Compilation Albums chart with its 100th edition.

Track streams don’t register for compilation albums with the OCC, so it’s hard to know at a glance how all the celebratory coverage translated into listening on digital platforms. Now remains a healthy physical business with 153,020 of its chart sales for the 100th edition coming from CD, and the rest from downloads.

The original edition of Now That’s What I Call Music appears in the Compilations Chart for the first time (it didn’t exist back in 1983). Reissued for the centenary, it debuts at No.2 on sales of 16,537 (OCC).

Peter Duckworth, co-MD Now Music, said: “The phenomenal sales and streaming success of Now 100 and Now 1 in the last week shows that even after 35 years NOW is as popular and trusted as ever."

Steve Pritchard, co-MD Now Music, added: “We are really pleased with the amazing response to this landmark release. It is great to see our key retailers doing so well with the CDs across the board, as well as decent download sales. And in the background, what a great streaming response to the celebration this week.”

Speaking to Music Week, Sony Music UK COO Nicola Tuer said that streaming has led to “even more consumers engaging with the brand”.

The success of Now 100 means the overall compilations market is up 126.8% this week, while the blockbuster opening also helped sales for all albums increase by 27% compared to the previous week.

As well as the usual round-up of recent hits, including opening track One Kiss, Now 100 features a selection of singles from the last 35 years of Now releases, including UB40’s Red Red Wine from the first ever Now album.

The Now double whammy at the top means that Ministry’s Love Island – The Pool Party has to cede the No.1 spot after two weeks. A total of 10 Now albums feature in the Top 20.

Just one Now album has missed the top spot in its 35-year run. Now 4, released in 1984, was beaten by rival compilation The Hits Album.

To read Music Week's interviews with the Now team on the future of the brand, subscribers can click here.