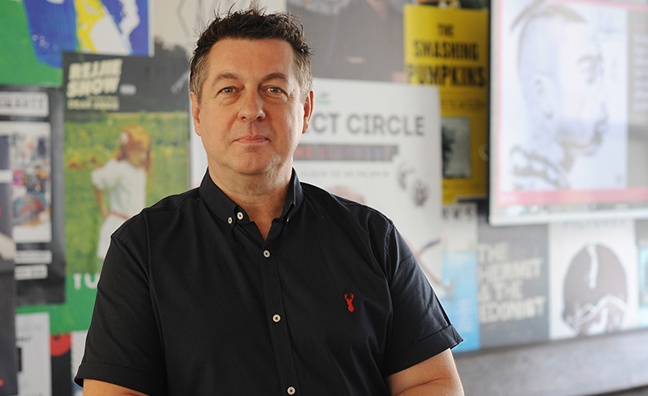 BMG has promoted Fred Casimir to the position of EVP Global Recordings.

Casimir, who will be responsible for driving the revenues of BMG artists outside their domestic markets, takes on the new role in addition to his existing role of president Continental Europe which he has held since January 2016.

Casimir first joined the new BMG in 2009 from sister Bertelsmann company Fremantle Media where he dealt with music-related businesses across Europe including licensing, artist projects and music publishing.

BMG CEO Hartwig Masuch said, “The development of our fast-growing recordings business is an absolute priority for BMG, and the creation of this new role sees us building further capacity to accommodate that growth. In a globalised streaming world, success can come from anywhere and so we have structured our organisation to give all of our artists the best shot possible at maximising their international potential.

"Fred Casimir has played an important role in the development of BMG both within Europe and more broadly and I congratulate him on this promotion.”

As well as building BMG’s European infrastructure, Casimir was instrumental in developing BMG’s recordings business and the breakthrough signing of Rick Astley whose album 50 has sold more than 300,000 copies in the UK alone.

Casimir, who will now take charge of BMG’s international team responsible for driving revenues outside an artist’s country of signing, said: “BMG has come a long way in the record business in the past four years, but we have really only just begun. We have a very strong pipeline to the end of the year and 2019 is already looking very good indeed. I am delighted for this opportunity to further contribute to the BMG success story.”