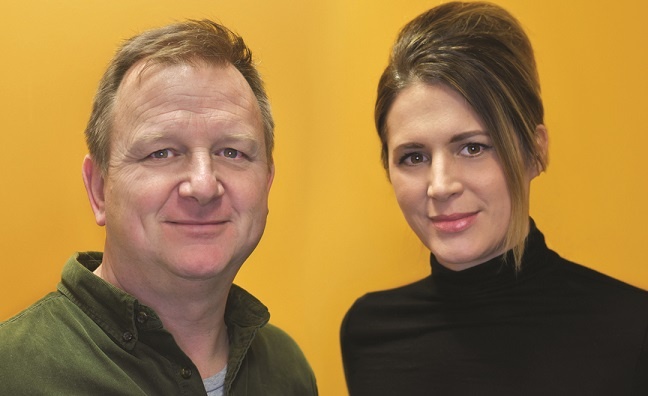 BMG’s newly-appointed heads of the UK recorded music division have spoken exclusively about their growth strategy at the company.

Based on Official Charts Company data, BMG’s AES figure of 2.87m was up 13% year-on-year, compared to 5% overall market growth.

“There’s a great opportunity within the streaming side of our business, we’ve had great results across a number of our artists and we see that as an integral part of everything we do,” said Nelson.

BMG’s 2020 schedule includes releases from new signings The Shires, Amy Macdonald and Groove Armada, as well as rock act The DMA’s and Morrissey. The company has also developed artists such as singer-songwriter Charlie Cunningham, Ry X and Rejjie Snow.

Reilly said BMG will be “consistently rolling out music and content” from artists.

“The ever-growing streaming businesses is a real priority for us,” she said. “So [the release schedule] will be a real mix between established artists and [BMG] looking to develop and grow new artists into the [streaming] world as well.”

The quality level of creative is really important

Creative ambition within marketing and the repertoire itself is also crucial at a time when artists are competing for attention, according to Reilly.

“We're part of Bertelsmann, which has Fremantle and Penguin Random House and BMG. So it’s about working as a creative unit to really leverage our ability and expertise in a variety of areas in the media, to be able to really deliver some amazing campaigns for our artists and clients.”

Alistair Norbury, president, repertoire and marketing, BMG UK, spoke recently to Music Week about how the company has evolved from label services into a full recorded music operation.

Nelson added: “We believe our deals are very competitive and that they’re fair. It's important for [artists] to be supported in a way where they are getting the right deal, but also having the opportunity to be able to benefit from our ambition, which is key for us.”

"We’re really happy with those, we were overjoyed to see Kyliem Jack Savoretti and ourselves as a label in there nominated," said Reilly. "It was a great day seeing the announcement."