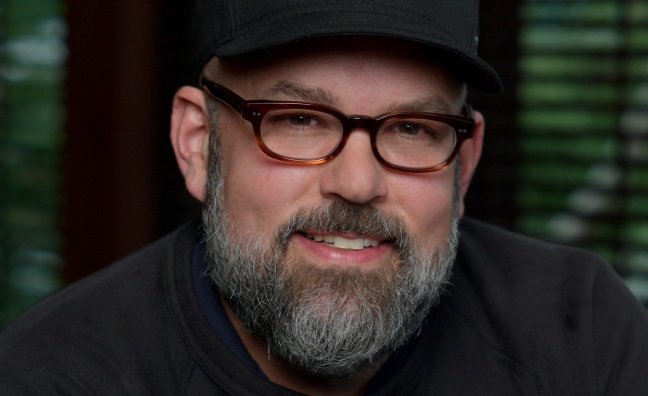 Albert (pictured), who will be based at the label’s Los Angeles headquarters, co-founded ska punk band The Mighty Mighty Bosstones, prior to holding senior A&R posts at Capitol Records and Republic Records, signing artists such as The Weeknd and Maggie Rogers.

“As we continue to expand our global A&R presence, Nate comes to us with a musician’s unique sensibility and a brilliant ear for authentic, compelling artists,” said WBR co-chairman and CEO Aaron Bay-Schuck. “He’s one of the most astute, intuitive, and inspired A&R people in the business, and the diversity and quality of the music that Nate has championed speaks for itself. He’s a fantastic addition to the team.”

Nate comes to us with a musician's unique sensibility and a brilliant ear for authentic, compelling artists

“I’ve long admired Warner Bros.’ deep-seated support of artistic creativity and originality,” said Albert. “There is extraordinary talent all across the globe looking for the right team to help them magnify their visions and build long-term careers. I’m looking forward to bringing them into the WBR family and making great records that will move culture. I want to thank Aaron and Tom for this amazing new opportunity.”

The Mighty Mighty Bosstones scored an RIAA platinum-selling album with Let’s Face It in 1997, featuring the hit single, The Impression That I Get.

After parting with the band in 2000, Albert attended Brown University, graduating with Honours in Political Theory. In 2006, he became an A&R consultant for Republic/Universal Records, advancing to SVP. During his decade with Republic, he signed the likes of The Weeknd, Phantogram, Anberlin, while overseeing the release of the Les Misérables soundtrack album, which hit No.1 in the US and UK.

He worked on Ariana Grande and The Weeknd's collaboration, Love Me Harder, as well as with artists such as Florence + The Machine and The Lonely Island. Albert joined Capitol Records in 2016 as EVP of A&R, signing Maggie Rogers and working on projects by Cold War Kids, Troye Sivan and Calum Scott.