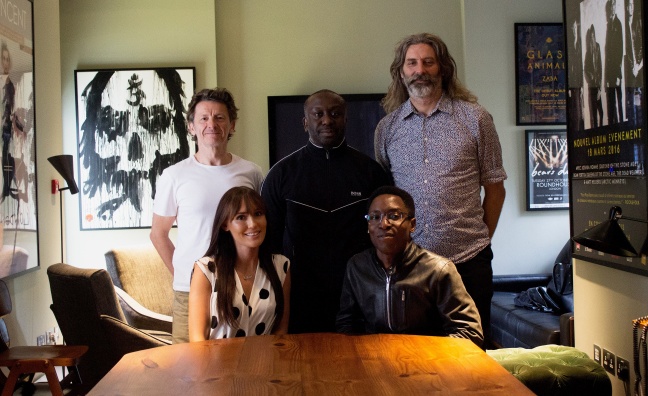 Caroline International has announced a new partnership with EGA Records and appointed its co-founder Colin Batsa as A&R consultant.

Batsa co-owns EGA Music Group, which launched in 2010, with Victor Omos and Charley Snook. Before forming their management company, the team ran a digital distribution company distributing artists from the UK street scene from 2006-09. EGA works with artists including Oh Wonder, Devlin and Sharna Bass.

Batsa said: “We are extremely excited to be partnering with Caroline International and we believe EGA/Caroline International is a match made in heaven. Here you have a small and credible company, joining forces with the best label services team in the business and combining all of that with the power of Universal.

EGA Music Group was established in 2010 with the launch of Devlin, whose debut album Bud, Sweat and Beers, released via Island Records, was certified gold and featured two Top 10 hits including Watchtower featuring Ed Sheeran.

Caroline International co-MD Jim Chancellor said, “We are so excited to welcome Colin and the EGA family to the Caroline fold. EGA are one of the best at what they do and Colin is one of the most respected music gurus out there. With years of experience and knowledge he is the perfect fit for Caroline International; plus the man is diamond geezer."