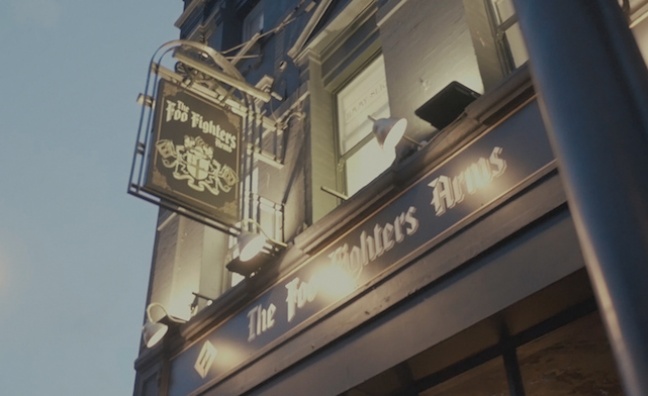 Columbia has picked up three awards alongside media agency 7Stars for the Foo Fighters Arms project.

At the Media Week Awards, the Columbia marketing team were presented with a gold award in the category Media Idea Under £250k, and two bronze awards for Media Launch Idea and Small Collaboration.

The concept saw The Dundee Arms in Bethnal Green rebranded for one week to the Foo Fighter Arms. People queued for three hours to get into the pub, which served bespoke beers named after songs on the new album. A pop-up shop sold Foo Fighters Arms t-shirts, numbered lithographic prints and skateboards.

The band’s ninth album, Concrete And Gold, debuted at No.1.

Ferdy Unger-Hamilton, president of Columbia Records UK, said: “It’s great to see the marketing team recognised for their incredible work on Foo Fighters – it was an amazing campaign and a No.1 album for the band.”

Alex Eden-Smith, head of marketing, Columbia Records UK, said: “It’s great to see the work done by Columbia’s marketing team being recognised amongst some of the biggest brands in the world. The Foo Fighters Arms was an amazing way to promote and celebrate the launch of Concrete And Gold and helped the album go to No.1 on launch.”

Columbia fought off competition from brands including Channel 4, MediaCom, ITV and Carat UK.